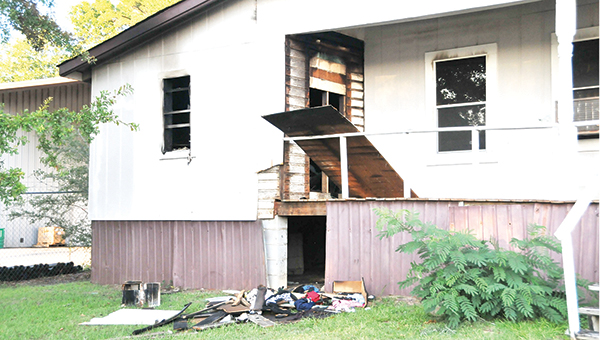 Part of an Andalusia residence caught fire Tuesday night, and the cause is still under investigation, according to fire officials.

Andalusia Fire Chief Ethan Dorsey said that firefighters were called out to a structure fire on Berry Avenue Tuesday at 6:04 p.m.

Dorsey said the residence belongs to Shunkisha Smith, and the damage of the fire concentrated in one bedroom.

“The rest of the house had a lot of heat and smoke damage,” Dorsey said.

The AFD responded with three engines, which is normal for any structure fire, Dorsey said.

Dorsey said no one was injured as a result of the fire and the family evacuated the home.

Donations are being accepted for the Smith family at check out lines at Pic-N-Save.

Additionally, a GoFundMe account has been set up for the Smith family. The family needs clothes and toiletry items, along with monetary donations.

To donate to the Smith family’s GoFundMe account, visit www.gofundme.com/sc6spsu4.