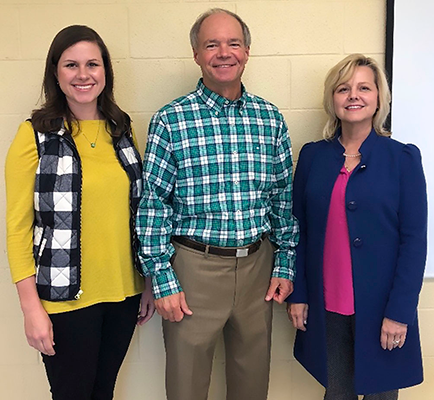 The CPC was named Coalition of the Year out of the entire nation in the Community Anti-Drug Coalitions of America “Got Outcomes!” awards.

In order to win the award, CCCPCC submitted a two-phase model, presenting its activities and planned outcomes in the form of a logic model.

“We had a 40-page PowerPoint that we put together,” Susan Short, executive director of CPC, said, “We hoped for the best, and I thought we might do well, and we won!”

The logic model represented the community’s substance abuse program, with root causes, as well as local conditions that contribute to substance abuse.

The top candidates for this award had to effectively compile data, form evaluations, and compute data-driven decision-making.

CCCPCC submitted their application in the spring of 2017, and hoped for the best.

“I remember scanning the letter sent from CADCA, saying we got one of the awards, and I thought we actually got a runner-up award,” Short said, “I give a lot of thanks to Trippy McGuire, because I don’t think that without him we would be operating so smoothly.”

As a result of winning Coalition of the Year, Short will fly to Washington, D.C., in February of 2018 to deliver a speech to coalitions from around the country on how to better help against substance abuse. There will also be an awards ceremony for CCCPCC.