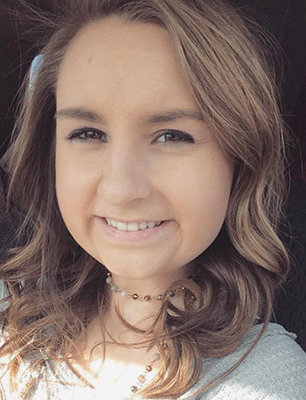 A local 18-year-old is hoping to help those in need.

Julie Hendrix, of Red Level, juggles college, her job at the Andalusia City Hall, and is now making an effort to prepare backpacks to give back to the children and teens at the Covington County Child Advocacy Center.

However, Hendrix is not new to helping the needy.

“I’ve always liked giving back to the community, and in the past I’ve done Operation Christmas Child, which really helped me get into the spirit of giving. I started consulting with Initial Outfitters, and I realized I could do more,” Hendrix said.

Initial Outfitters is a home party company based out of Auburn that specializes in personalized jewelry and gifts.

A $25 donation will cover the cost of a backpack, personalized embroidery for the children, shipping, and tax.

Not only is buying a backpack beneficial to the Covington County Child Advocacy Center, Initial Outfitters gives all the money made from the backpacks toward schools in Honduras and Mexico.

“I liked the idea because it’s not just helping the kids in America, it’s helping internationally,” Hendrix said.

The idea is that every time a backpack is sold, a child gets to go to school for another couple of days, not only in America- but also internationally.

Hendrix has 10 sponsors so far, but hopes to have at least 15 more.

“In the future I plan to do this again, because I really love to give. I hope one day I can make a bigger impact,” Hendrix said.

To read more about Hendrix’s Backpacks of Love go to http://juliehendrix1.blogspot.com/2017/11/backpacks-of-love.html