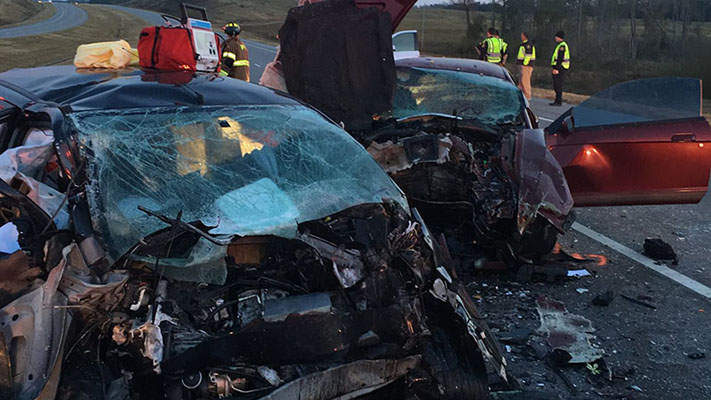 A wreck claimed the life of an Andalusia man in Opp on Sunday on the Opp Bypass in what law enforcement officials believe to be a head-on collision.

Trevor Scott Smith, 27, was killed when a 2004 Ford Mustang collided with his 2014 Mitsubishi Mirage.

The driver of the Ford Mustang, Samuel Velasco Lopez of Marianna, Fla., was traveling southbound in the northbound lane, Chance said.

Smith was pronounced dead at the scene.

Lopez was airlifted from the scene to a regional hospital with severe injuries.

The wreck is still under investigation to determine if there was any drug or alcoholic influence, Chance said.

The Star-News will update this story as more information becomes available.

The picture is courtesy of the Opp Police Department.