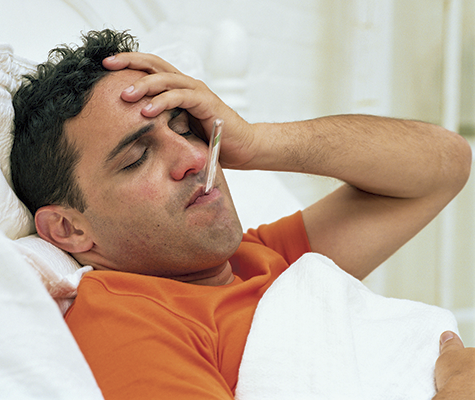 It’s flu season, and the Alabama Department of Public Health is warning against increasing cases in the state the past few weeks.

In Covington County, it’s been noticed within the past two weeks.

The flu is a highly contagious viral infection that causes fever and severe aching, and often occurs in epidemics. For those with an impaired immune system, it can be deadly.

“We’ve had about 25 test positive for the flu in the last two weeks,” the Senior Director of Support Services and Infection Control Director at Andalusia Health, Bobbie Meyer said.

Meyer said that during the fall and winter months, people are more prone to illness because there is more time spent indoors.

“Getting proper rest and eating healthy makes a difference on your immune system,” Meyer said.

Since the start of flu season, Mizell Memorial Hospital has had several positive tests for the flu.

“We have had 800 tests ordered with 83 positive for flu so far,” Kristin Averitt, the marketing director for Mizell, said.

“In the past couple of days it’s been pretty prevalent,” Jeff Bailey, owner of Bailey’s Pharmacy, said.

“We’ve seen a good bit of prescriptions filled for flu-like symptoms. If you don’t have your flu shot, you should get it soon,” Bailey said. “Wash your hands regularly.”

It can take up to two weeks for the flu vaccination to be effective, Bailey said.

The ADPH is urging people to get vaccinations and take necessary precautions against the contagious respiratory illness. An annual influenza vaccination is recommended for everyone older than six months.

When going for a vaccination, request the “quadrivalent vaccine” and do not depend upon the nasal spray vaccine.

“It’s not recommended to get the nasal vaccination this year, it doesn’t work as well as the regular vaccination,” Laura Darby, co-owner of Darby’s Pharmacy ,said.

“In the past few weeks our pharmacists have seen an increase of flu patients.”

An increase in influenza activity is usually from October to February, but it can last as late as May.

“It’s ideal to have your vaccinations by October,” Darby explained.

“We don’t administer the flu vaccination but we hope to by next year,” Tavia Tillman, the owner of Mallette Drug Storem said.

There’s been a steady outbreak within the past two weeks, Tillman said.

Here are a few tips to prevent the spread of flu:
• Avoid close contact.
• Stay home when you are sick.
• Cover your mouth and nose.
• Clean your hands.
• Avoid touching your eyes, nose or mouth.
• Keep good health habits.
• Have up-to-date vaccinations.
For more information on the flu, go to https://www.cdc.gov/flu/keyfacts.htm.