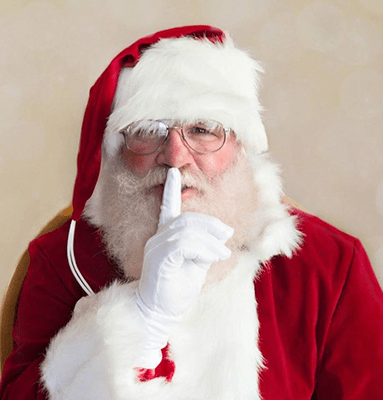 Estis, 52, is just one of the many professionally-trained Santas.

For the past two years, Estis has been portraying Santa.

He’s been in Christmas parades, held home parties, posed for professional photos with children and even traveled to Ft. Rucker to be photographed with soldiers and their families.

He also has his own Facebook called “South Alabama Santa.”

“It started when I used to bring farm animals to the local schools,” Estis said. “Someone from the schools jokingly told me that I should be Santa. When I passed by a mirror, I just saw Tim Allen looking back at me.”

With the help of a couple of professional schools and a good seamstress, his very own Santa was created.

There’s a lot that goes into portraying Santa, and professional schools are a big part of that.

The Charles W. Howard Santa Claus School is an 81-year-old school with the goal to uphold the traditions and history of Santa Claus while teaching people how to improve their presentation of Santa.

“Going to a professional school really just boosts your confidence on how to portray Santa,” Estis said. “We learned about how to take care of our beards, apply makeup, some sign language, a course about children with disabilities, exercise classes and even eating classes.”

This September, Estis had the opportunity to go to the Northern Lights Santa Academy in Atlanta.

I learned a lot from going to these schools,” Estis said.

Estis is even in the International Brotherhood of Real Bearded Santas.

“I have one of the better beards,” Estis said.

As for why he portrays Santa, it’s for the happiness of others.

“The smiling faces when children see me. I love being able to bring cheer to someone,” Estis said. “If I could do this for the rest of my life, it would be wonderful. It’s awesome portraying Santa.”

For more information or to reserve the South Alabama Santa, go to https://www.facebook.com/southalabamasanta/ or call 334-488-3115.