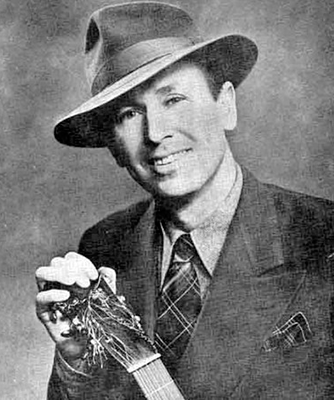 The Opp City Council has approved Joe Moulton’s request for funding to erect a memorial plaque in the name of Lew Childre near the L & N depot in Opp.

His beginnings were typical of a lot of the musicians of that era, starting off as a street musician/dancer in his hometown, where he would sing, buck dance and play music for change of passers by.

“Lew Childre & the Alabama Cotton Pickers,” whose members included Lawrence Welk, began performing in 1924, and continued until Childre decided to go into country music. Lew teamed up with Wiley Walker in the early thirties as the Alabama Boys.

Childre recorded very little commercially, but made numerous transcription recordings and played on some of the larger radio stations in the south and was nationwide for a brief time on the old Blue network. He joined the Grand Ol’ Opry in 1946 and a year later formed a partnership with the legendary Stringbean. The team remained together until Childre’s retirement in 1959.

Moulton is the founder of the annual Lew Childre Day event and was once Childre’s neighbor.

“Lew Childre was an extraordinary entertainer, and it would be neat to place something to remember him by,” Mayor Becky Bracke said.

“Everywhere he went he made sure people knew he was from Opp,” Bracke said.