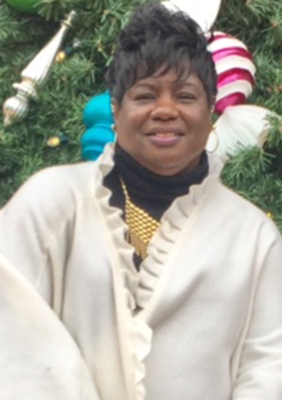 Donna Simmons lost her AHS class ring while a student at Alabama A&M. She didn’t want to tell her mom, who struggled to get her the ring. Courtesy photo

A Huntsville man, Jeff Young, contacted the Andalusia High School Facebook page regarding a ring that he found years ago.

“He said he had a class ring from Andalusia High School class of 1977, with the initials AAS on the inner band,” Sara Mixson, a teacher at AHS said.

“He didn’t know how he got it, but he was looking to return it. I posted it on the AHS Facebook page and within an hour we had people commenting on the page,” Mixson said.

From there, several Class of 1977 alumni commented. Finally, the sister of the owner, Ann Shakespeare, posted in the comments.

The ring’s owner had been identified as Donna Simmons.

“She lost the ring while attending A&M in Huntsville,” Ann Shakespeare wrote on the page.

“She is still recovering from cancer surgery so she isn’t feeling the best but is excited about getting her ring back.”

There was more to the story.

Simmons lost her ring on a snowy day on campus at A&M.

“Donna left the dorm room to attend a fraternity party with friends, it snowed the previous day before and three foot of snow was on the ground,” Shakespeare said.

“She was throwing a snowball and didn’t realize her ring slid off of her finger. She panicked and asked her friends to help her look for it.”

Shakespeare said Simmons searched for two days, even after the snow melted.

“Donna was afraid to tell her mother she’d lost the ring, knowing that she would be disappointed. Her mother struggled to get up enough money to get her the ring,” Shakespeare said.

“Donna chose between senior portraits and the ring and she’d wanted the ring so bad. This is why it means so much that she will be getting the ring back. It will be a sad feeling that can finally heal,” she said.

Simmons, recovering from cancer, said that she is grateful.

“I would like to thank Jeff Young for finding my ring and keeping it safe because he could have thrown it away. Instead he kept it and now as I lay in my sick bed recovering from cancer it means the world to me.”

Simmons, now living in Indiana, will have the ring shipped to her from Huntsville.