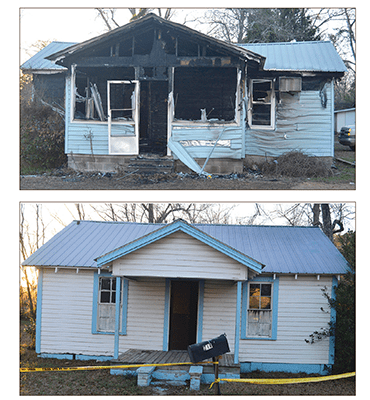 “Once we got all the hot spots put out on the fire, we headed back to the station. “Later on that night, Lt. Stacks drove through Allen Avenue to check on the house and he noticed smoke coming from another house,” McGlamory said.

At 12:14 a.m., three engines arrived on the scene of the second fire at 214 Allen Ave., only two houses down the street from the first fire.

The fire at 214 Allen Ave. started in the cooking area.

“Neither house had electricity or gas,” McGlamory said. “In a situation like that you don’t want to rule arson out but that doesn’t mean that arson is the case.”