Kinsaul steps away from coaching after two decades 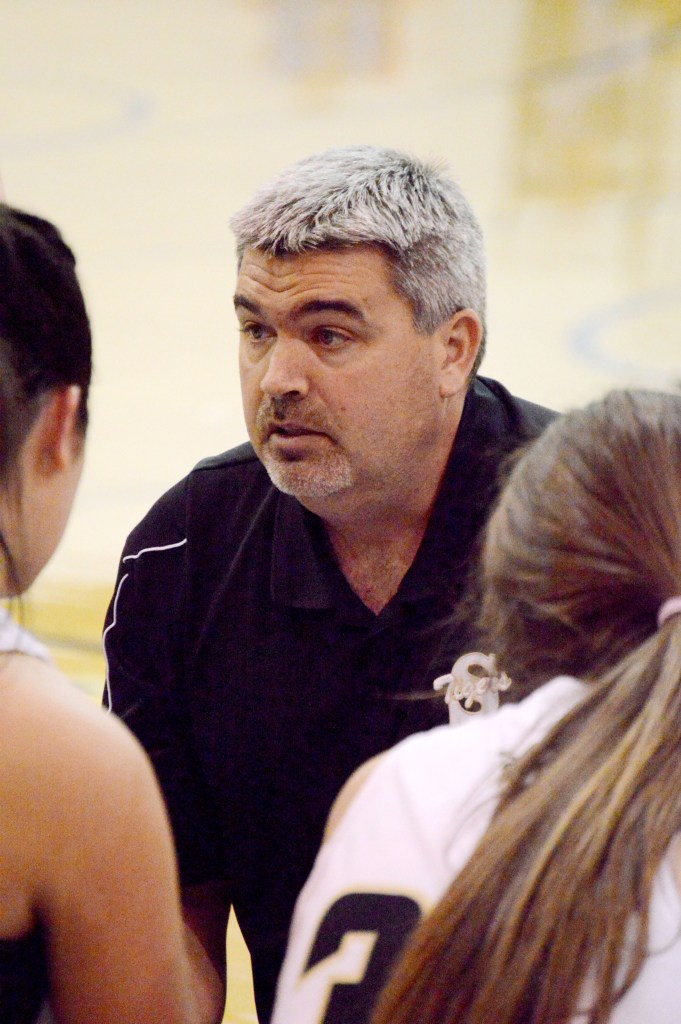 Scott Kinsaul has spent 20 years coaching high school basketball and recently announced he was stepping away from the game.

After two decades as a high school basketball coach, Straughn Lady Tigers’ head coach Scott Kinsaul has decided to step away from the game.

“This is something that I’ve been thinking about for the past year or two,” Kinsaul said. “I just felt like with my daughter (Sydney) graduating this year, this was the right time to move on.”

Growing up in a coaching family, Kinsaul said he was reluctant to step into the family business.

“I’ve been around coaching all of my life,” Kinsaul said. “My dad was a coach when I was growing up, and my brothers were also coaches. Growing up I didn’t really want to get into coaching, but when I went to college I began to feeling like it was something that I do. I haven’t had any regrets.”

Kinsaul spent his first eight years coaching at Samson and then spent the rest of his career Straughn.

“There have been a lot of great memories throughout my coaching career,” Kinsaul said. “Winning a state championship at Samson is one the best memories. The feeling of watching the clock run out with your team ahead is something that you never get over. Two years ago, when Straughn made it to the Final Four for the first time was very special. Last year the game that stands out was when we beat Providence Christian to make to regionals with just eight wins.”

When Straughn expanded its campus and built a new high school, Kinsaul saw an opportunity to get back to his alma mater.

“As a Straughn graduate, it was always my dream to come back and coach here,” Kinsaul said. “When Straughn built the new gym and high school, the timing was just perfect and I was fortunate that they offered me the position. It’s been special to see Sydney grow up at Straughn, and I also get to work with my wife Lori and my brother. Straughn has always been a special place to the Kinsaul family.”

Over the last several years, Kinsaul has had the opportunity to coach his daughter.

“Sydney is a just a special girl,” Kinsaul said. “I’ve never had to complain about her effort. There are times that we have to separate coach and daddy. On the court, I’m here coach and at home, I’m daddy. I’m just so blessed to have had the opportunity to coach her.”

Kinsaul finished his coaching career with more than 400 wins and gives all the credit to his players.

“I attribute all of my success to the players,” Kinsaul said. “I was fortunate to coach a lot of great players. I’ve truly been blessed.”

Kinsaul said that he wasn’t sure exactly what he plans to do after stepping away from coaching other than continue to teach.

“I’m still going to be teacher at Straughn Middle School,” Kinsaul said. “I might officiate some, find a hobby or just sit around the house. I’m not ruling out coaching again, but right now it doesn’t seem likely.”

Kinsaul said that his family has been key to being a good coach.

“I want to thank my wife Lori for all of her support throughout the years,” Kinsaul said. “It’s hard being a coaches wife, and she has been amazing. I couldn’t’ have done it without her and my extended family.”