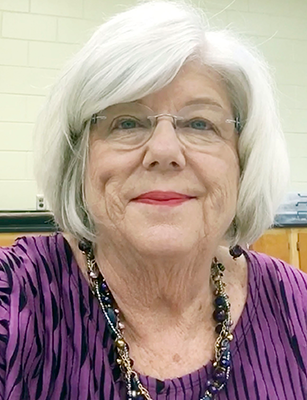 Longtime Covington County Democratic Party Chairman Billy Hughes has turned over the reins of the local party to Harriet Hubbard.
Hughes, who served through four elections, said his main reason for stepping down is his age.
“One of the main reasons I am stepping down from the position is because I’m 83,” Hughes said. “I give all power to Hubbard for taking over.”
And Hubbard said she recently realized it’s time to step up.
The Andalusia navie has been an educator for more than 30 years.
“I have worked with Andalusia City Schools, Troy State, Greenville, Conecuh County and even taught for six years in Florida,” she said. “I have been an assistant principal, an educator and a special education coordinator.”
Hubbard said she has always had an interest for politics.
“I’ve always had an interest in politics. My father had a passion for politics,” she said.
Hubbard really realized something had to be done for the Democratic Party when she attended a meeting with the Grassroots Alliance of Covington County.
“It made me see the importance of revitalizing the Democratic Party in Covington County,” she said.
Hubbard plans to make a lot of changes within the party.
She’s already changed the meetings from once every few months, to every first Monday of the month.
In fact, she has already set goals, one of those being more involvement from Democrats.
“We want to get more registered voters. Another goal of ours is to get voter re-engagement. So many people don’t vote anymore,” she said. “We’re working to build this party back from the ground up. The Democratic Party hasn’t been meeting and hasn’t for many years.”
Hubbard says that a lot of Democrats just don’t talk about being a Democrat.
“I want to get the Democrats meeting,” she said. “I know there is a good bit of Democrats, it’s just about getting them involved in our party.
“You matter, every person, every vote, every democrat matters. Your voice needs to be heard,” she said.
The group maintains a Facebook pate, Covington County Democratic Party.