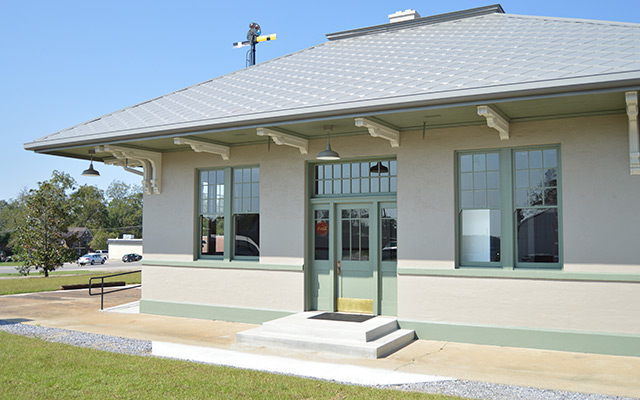 The Opp Chamber of Commerce is hoping to follow several long-term and short-term plans that will benefit Opp.

On Sat., Feb. 18, the Opp Chamber of Commerce met from 8 a.m. to 1 p.m. to discuss numerous plans that the chamber hopes to implement. Those plans were presented at Tuesday night’s city council meeting.

“One of the things we are trying to do is develop a more comprehensive plan for short and long-term goals,” Dr. Josh Driver, president of the Chamber of Commerce, said.

“We are cooperating with the city council and hosting workshops together to achieve our goals.”

The first goal the chamber has is to increase membership level to 80 percent within the next five years.

“We want about 80 percent of qualifying businesses to be a part of the chamber,” Driver said.

Another goal is to boost communication and online presence through Facebook and other social media outlets.

“There are businesses that people outside of Opp wouldn’t be aware of without the use of social media,” Driver said.

“A lot of our businesses operate well but have zero online presence. They have no reviews, they have nothing for anyone outside of Opp to be aware of. We want to help in that regard.”

The chamber also met with the transportation committee to go over the improvement of the pairing lanes on US Hwy 331.

“We talked about getting rid of the left turn in Luverne, where all that bottlenecking occurs, not just during beach season,” Driver said. “That turn for trucks has been a sticking point.”

Driver said that Luverne has lost a Hyundai supplier because of the turn, as it is difficult for semis to navigate.

Driver says they have a plan to get rid of the turn.

“We have a plan to get rid of that, it doesn’t involve bypassing Luverne. It involves doing a four-lane with two lanes southbound and two lanes northbound in separate locations. It keeps the traffic going and keeps Luverne happy,” he said.

The plan is a five-year goal.

Another goal that involves roadwork is the improvement of the road in between Opp and Florala, again on US Hwy 331.

In the past, Driver said working on the strip of US Hwy 331 started initially trying to get a four lane.

“If we can get some passing lanes, get people moving back down into this direction and moving quicker, it’s a real inexpensive thing and pretty easy to do.”

The chamber also wants to increase awareness of dual enrollment available to students in high school.

“We want to coordinate with local schools and see if we, as a chamber, can start getting awareness about dual enrollment,” Driver said.

Driver said that awareness at around 7th or 8th grade students could help.

“We could get some qualified, trained workforce that when we try to recruit an industry when we already have a workforce.”

Another goal is to have the downtown historical area could get a more unified look on the buildings.

“There are tax benefits for buildings designated historical to maintain a certain look and those people can do those additions at a reduced cost,” Driver said.

“We need to communicate that and maybe explore the idea of a color scheme to beautify the downtown area and present it to business and property owners in the area.”

Driver said that there could even be fundraisers to help with costs for the business owners.

Driver said every organization in Opp has to see where they are lacking and what they must improve.

“We may not have the finances other communities have. We don’t just want to be some other town. We want to be the best Opp we can be,” he said.