The LBWCC Saints continued to fight, but fell 8-4 to the LSU-Eunice Bengals on Friday afternoon in Andalusia.

Chapman Dean got the start on the mound for the Saints and struck out the first batter that he faced.

LSU then got runners on first and second with a single and a walk.

The next batter grounded out to Matthew Christian at first base, but it allowed the Bengals to take a 1-0 lead.

Ko Powell reached for first for the Saints to start the bottom of the first inning after being hit by a pitch.

However, the next three Saints went down in order.

LSU loaded up the bases with a pair of singles and a walk to start the top of the second inning.

The Saints escaped what could have been a huge inning for LSU when the next batter hit into a double play.

Bryson Gandy got things rolling for the Saints in the bottom of the second inning when he blistered a double right field.

Gandy moved around to third when Chauncey Callier ripped a single to left field.

Callier then took off for second on a stolen base attempt, but was thrown out by the Bengal catcher.

During the commotion, Gandy seized his opportunity and came sprinting across home plate for the first run of the day for the Saints.

LSU got a single to start the top of the third inning, but then a 4-6-3 double play cleared the bases.

The Bengals then picked up a walk and single.

During the single, the Saints committed an error that allowed LSU to go up 3-1.

Powell led off the bottom of the third inning by getting hit by another pitch.

Powell then stole second, but was thrown out when he attempted to steal third.

In the bottom of the third, LSU extended the lead to 4-1 with a solo home run.

The first two batters for LBWCC recorded outs to start the bottom of the fourth inning, but then Callier laced a 2-2 pitch over the fence in left cut LSU’s lead down to 4-2.

In the bottom of the fifth inning, the Saints got a one-out double from Jackson Henderson, but the Saints just couldn’t push him around to score.

The Bengals caught a break in the top of the sixth inning after getting a player to reach off of an error.

The Saints then picked up the second out, but back-to-back hats allowed LSU to go up 6-2.

LBWCC got a run back in the bottom of the sixth inning when Christian reached with a two-out double.

A few batters later, Christian came around to score off of a wild pitch.

In the top of the seventh, a bases loaded walk and hit-by-pitch put LSU up 8-3.

The Saints picked up their final run of the game in the bottom of the seventh inning when Jesse Hall drove in Walker Messer with a single to center field. 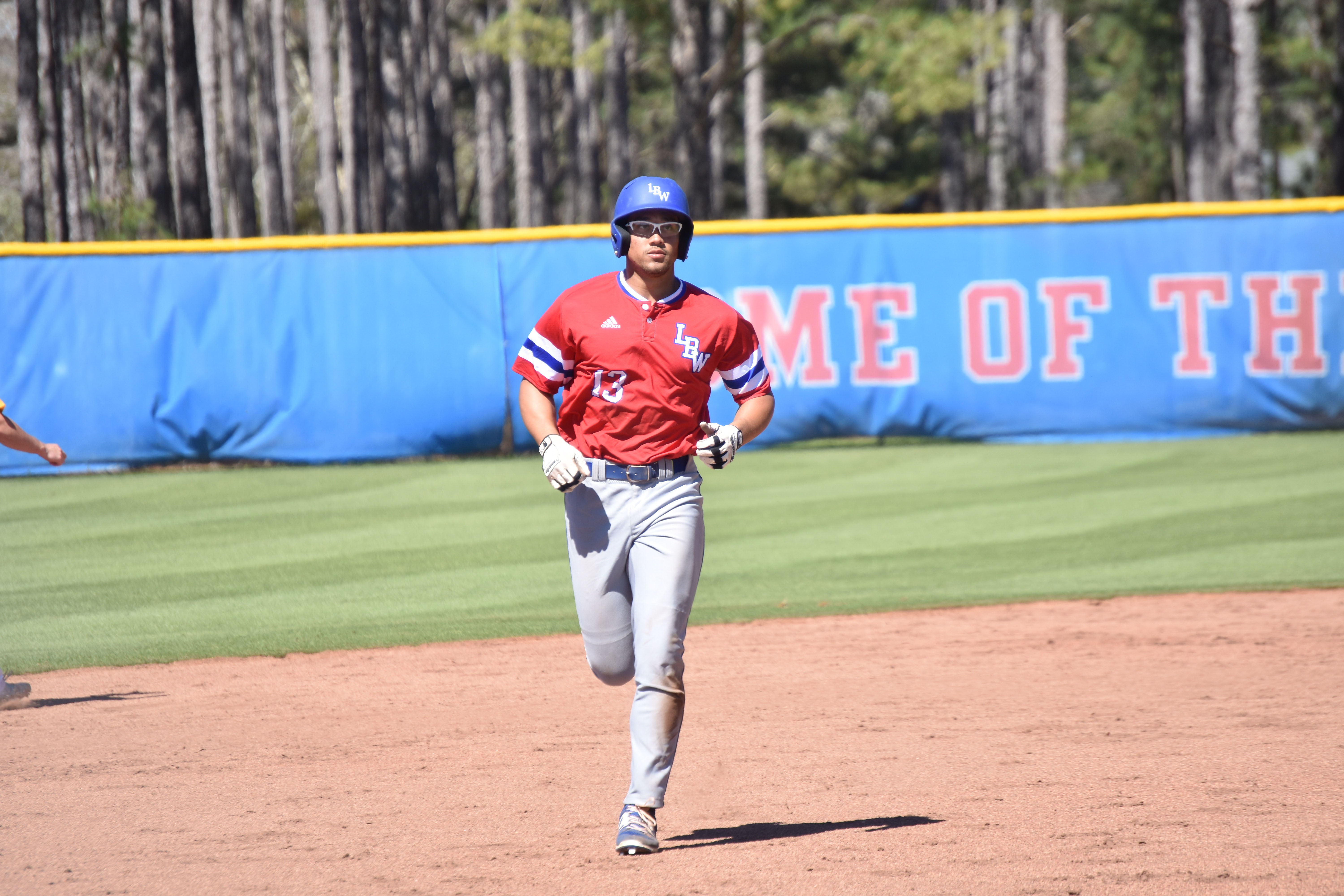 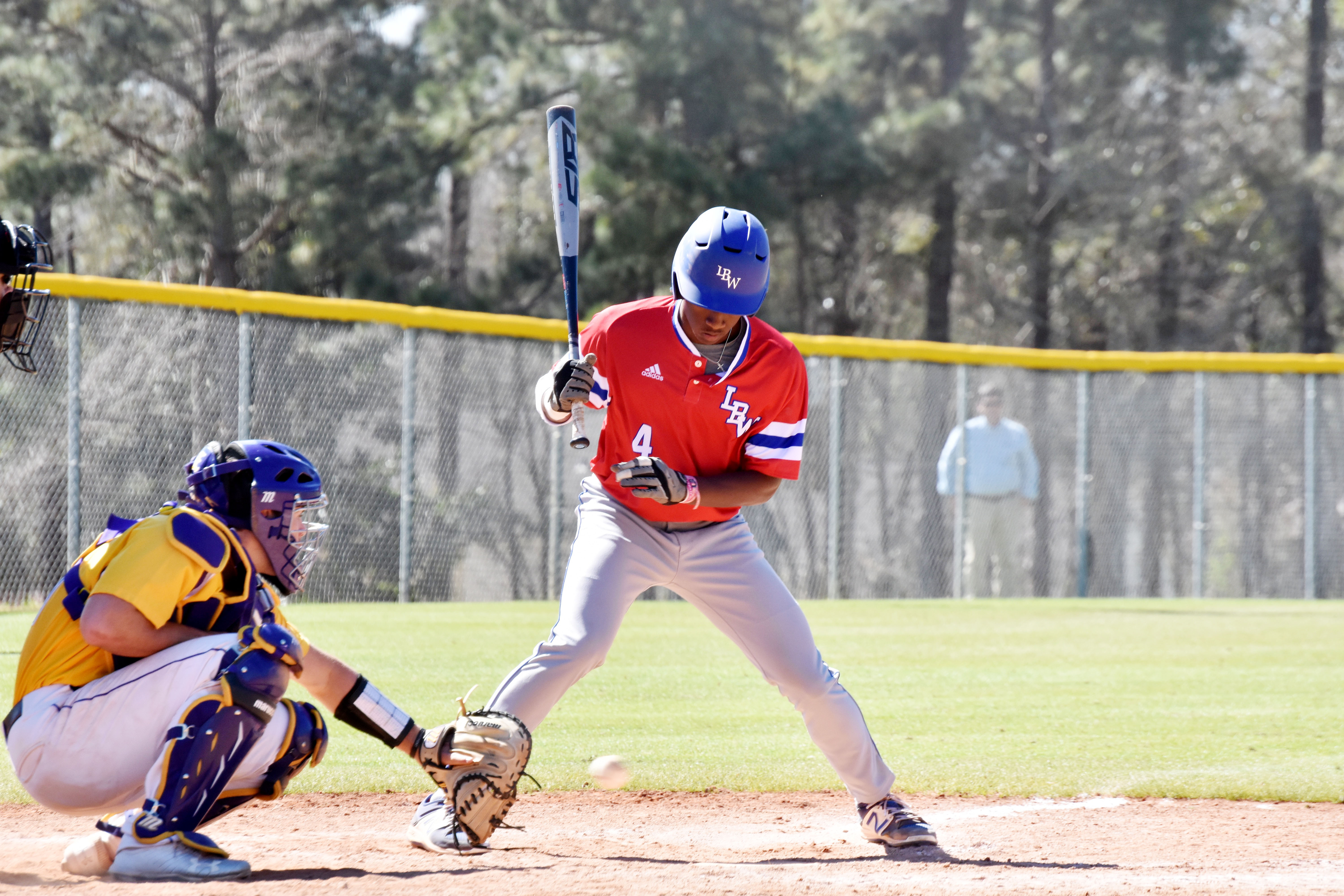 Jarius Colley watches a low pitch go by for a ball. 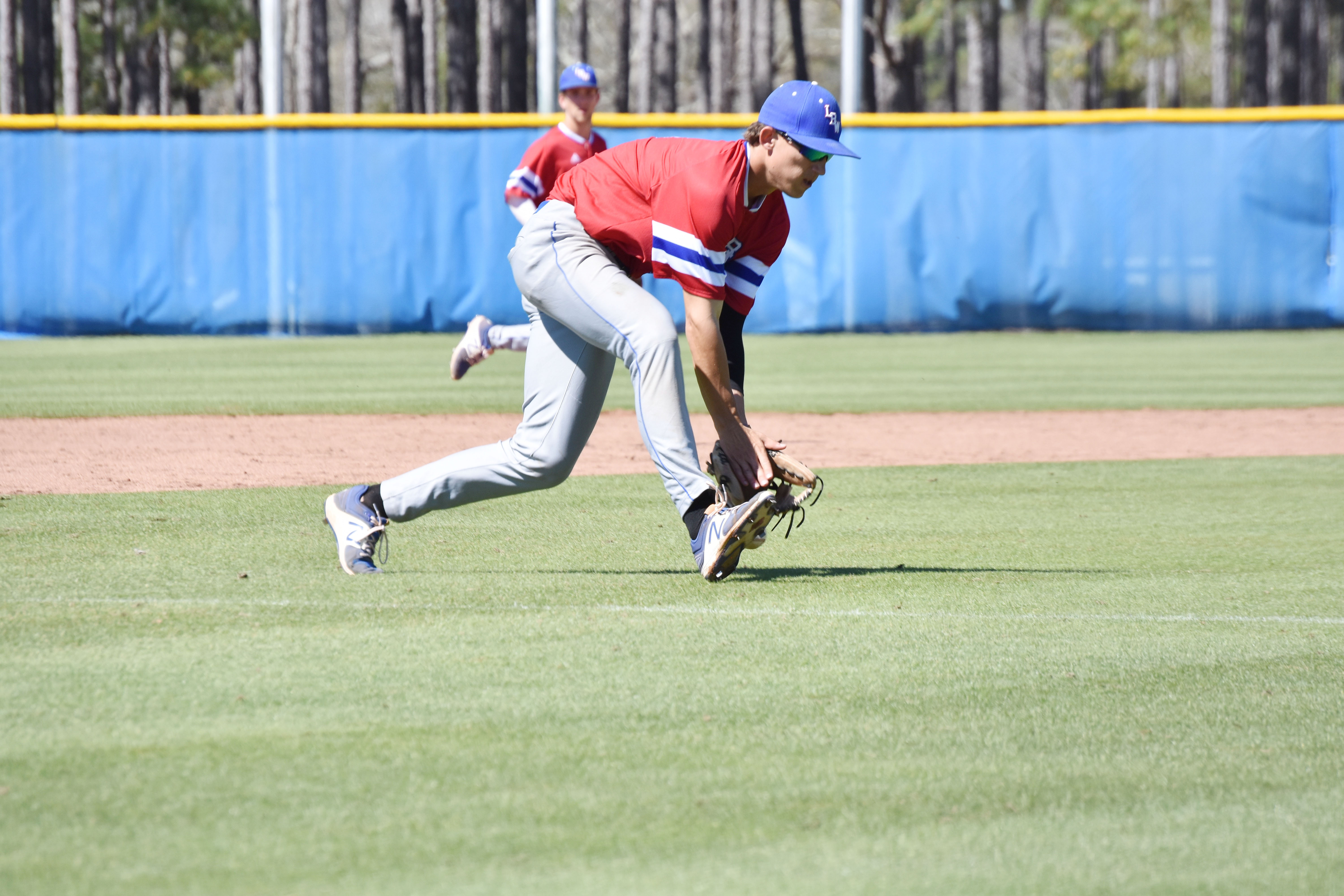 Casey Henderson makes a play on the ball.
Photos by Josh Dutton/Star-News 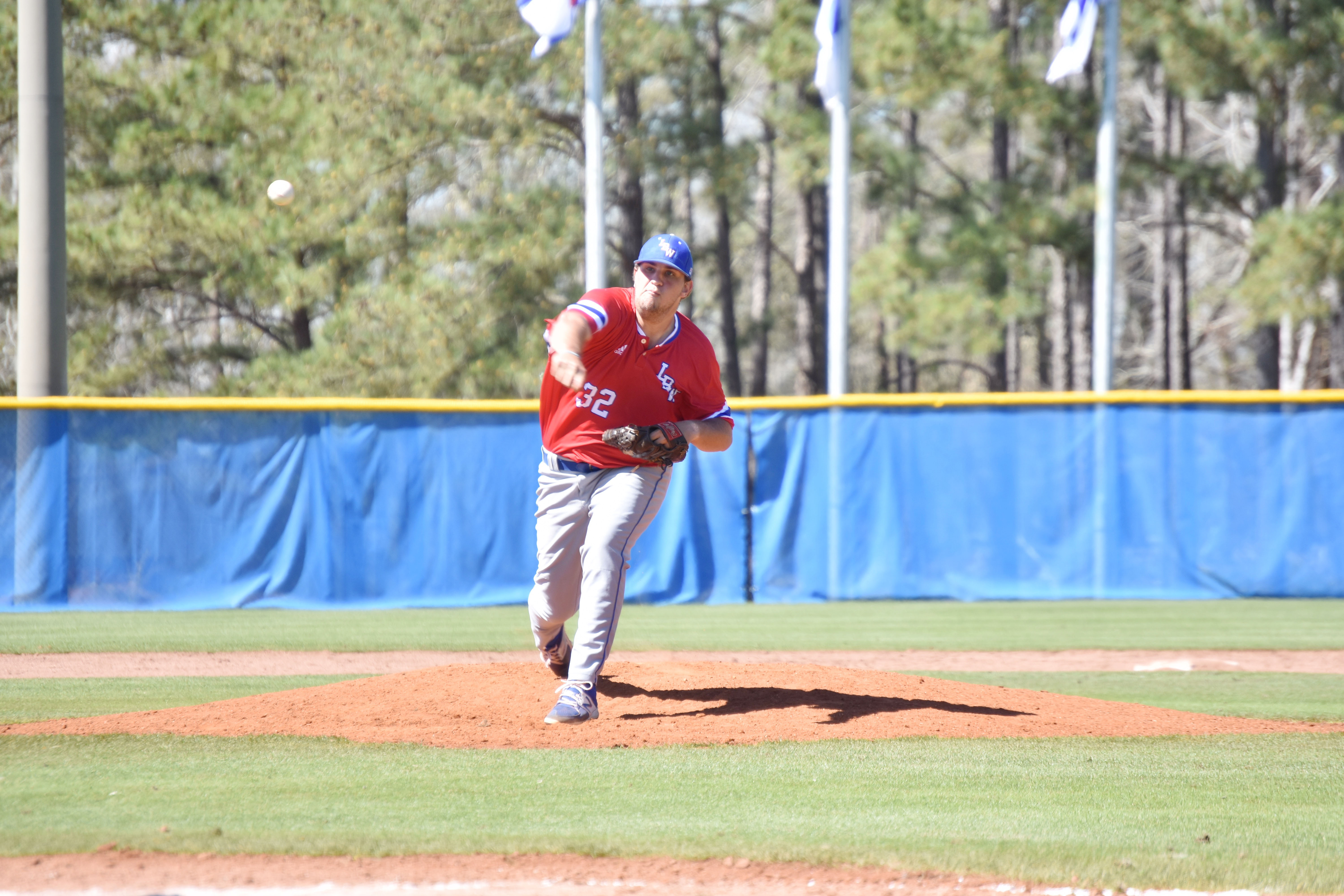 Matthew Lowery fires in a pitch.