FBI specialist: Internet can be dangerous for seniors, kids 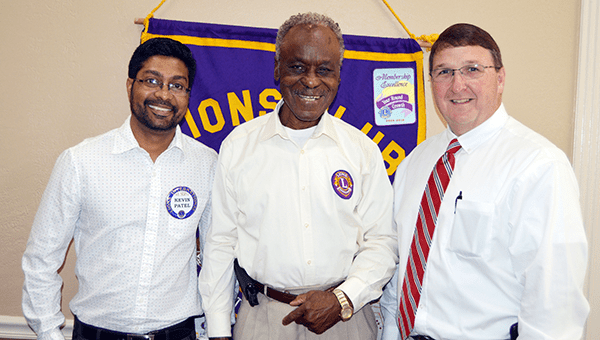 A member of the Federal Bureau of Investigation talked to the Lions Club on Wednesday afternoon about the potential dangers of the internet scams, specifically for seniors and children.

Tommy Loftis, the FBI’s public affairs specialist and law enforcement liaison out of Mobile, said it’s easier for scammers to coerce or manipulate older people into a scam.

“For someone who is advanced in age, and they haven’t dealt with their taxes for maybe six or seven years, and they get a call from a number claiming to be the IRS,” Loftis said.

“It sounds outlandish to you and me, but to them they think they owe back taxes or whatever the scammer may have told them,” he said.

The IRS will never call or email, Loftis said.

‘The IRS will mail you a letter in the mail and even then you can reach out to the local IRS office and confirm it,” he said.

Loftis says he’s heard of a lot of scams where victims won a lottery in a different country.

“They will claim you won the Jamaican lottery and ask for the taxes off the money. The scammers will claim that the money is in U.S. Customs.”

Loftis says scammers will want you to send money in a gift card, money order or a check.

“I used to cut grass for an elderly man in Foley who actually sent $80,000 over to Jamaica.”

A lot of the time ego gets in the way of asking for help, Loftis said.

“A lot of people are embarrassed about being scammed and reporting it,” he said.

“We can confirm the scam for you, but honestly the chances of getting prosecuted are slim to none. These scammers are halfway around the world.”

Loftis has advice for people who are wary: never give any information over the phone; if it’s too good to be true, it is, and always double check with a local office if the IRS calls.

Loftis also spoke about the dangers of the internet and young children.

“Personally, after presenting for 10 years about this very subject and hearing feedback from several schools about their issues with social media, I say you should only give a child a cell phone when you’re ready for them to see what you have to prohibit them from seeing,” he said.

“They could have a smart phone and be anywhere in the world talking to anyone within 30 seconds.”

“If you think every college in American doesn’t look at social media footprints you’re wrong,” he said.

“Kids are ruining their lives by putting everything out into social media. Not only that, they are also putting themselves in danger by putting information out to the public. Kids these days post where they’re at, who they’re with and what time,” Loftis said.

“Agents from all different agencies would work at computers as different undercover profiles. The agents would pose as children anywhere from 10, 11 or 12 years old.”

Loftis said he was blown away at some of the things he saw.

“That’s the kind of things your child is exposed to,” he said.

Loftis said that there are agents actively working everyday on cases.

“There are agents who dedicate their lives to this and are doing hard work to get things done.”