‘Mutts’ organizer: You, too, could have a well-trained dog 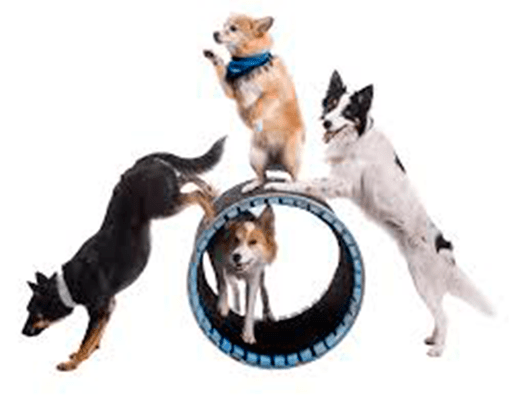 The Covington Art Council will present ‘Mutts gone Nuts’ next Thursday. Advance tickets are available at Harold’s and The Star-News.

To figure out how the dogs that will be featured in “Mutts Gone Nuts,” were trained, show organizers say it’s simple.

The family-friendly show featuring talented canines and raising awareness for animal adoption is slated for the local stage next Thursday, presented by the Covington Arts Council.

Show organizer Joan Houghton says that anyone can train their dog.

“It’s pretty simple. A dog can be trained at any age. You can pick up a book on positive reinforcement training and you can begin training your own dog,” Houghton said.

“We pull our dogs from shelters. One of our dogs in the show is an actual stray that was found wandering in the streets in Wyoming.”

Houghton also says they accept dogs at any age and train using only positive reinforcement.

“A lot of the time people reinforce negative behaviors. Like with a dog who barks when people enter a home, if their owner pets them and tries to get them to calm down they’ll continue to do that behavior.”

Houghton also says that not enough exercise can cause negative behaviors.

“High energy dogs that don’t get exercise can make them go crazy,” she said.

Negative reinforcement can cause a dog to shut down, Houghton said.

“Using negative reinforcement can break a dog down and cause them to shut down. As an owner, you want them to be comfortable with you.”

Houghton says throughout the years they have used several methods of training and have found positive reinforcement to be the best.

“Years ago the only dog training that was ever taught was popping or pinching a dogs ears when they did something wrong. That’s not the best way to train a dog.”

The dogs in the show are not just props, Houghton said.

“They’re family members to us. We really love them. When a dog retires from our show, they get a full retirement and we take care of them,” she said.

“We also look for what that specific dog is good at and we let them do what they’re good at.”

Houghton says that she’s picked up dogs from the shelter that were put into adoption because they “just weren’t good enough”.

Houghton says they always make sure the dogs are comfortable and if they don’t travel well she finds good homes for them.

“We try to find dogs that are good fit for our lifestyles, we’re constantly traveling, so we need dogs that curl up in their crates and go to sleep. We’ve adopted a dog before that we thought would be a perfect fit but couldn’t travel well and we found it a very good home.”

Houghton says they also foster dogs first before they commit to adopting to make sure the dogs are comfortable.

Right now, in total there are 17 dogs in the show.

CAC will present “Mutts Gone Nuts” at 7 p.m. on Thursday, April 5, in the Dixon Center of LBW Community College. Tickets are $15 in advance and $18 at the door. Tickets are $12 for children. Tickets are available at Harold’s Furniture and at The Star-News.