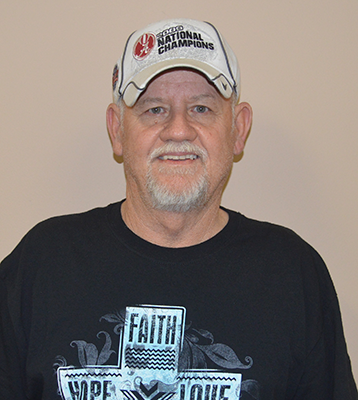 It was a routine check-up and regular blood tests that helped Larry Thomason catch his cancer early.

Thomason found out he had prostate cancer in 2009, at 51 years old.

But because of regular check-ups, the cancer was found in the first stage.

“I had high blood pressure for 10 years and I had been on medication,” Thomason said.

“My doctor, Dr. McCalman, suggested I started getting a PSA test done.”

Thomason said he noticed some signs of the cancer, mainly, frequent urination.

“I knew something was up when I had to use the bathroom a lot.”

While some prostate cancers can grow and spread quickly, most grow slowly.

Prostate cancer is the second most common cancer, behind skin cancer.

It’s also the second leading cause of cancer deaths in American men.

“We did the first PSA and it seemed kind of high and then when I went back for another, the numbers were just above normal,” Thomason said.

“Dr. McCalman recommended me to a urologist in Dothan. He really saved my life.”

When Thomason went to Dr. Mark Byard, the urologist, he recommended surgery.

“They told me that I was young enough to have my prostate removed without complications,” Thomason said.

“It was very scary, I didn’t know what would happen.”

In a span of around three months, Thomason had already scheduled surgery at Flowers Hospital in Dothan.

Once it was removed, Thomason spent two days in the hospital before he was sent home with a catheter.

Within six months, Thomason was back to a relatively normal life.

But he always gets his blood checks with Dr. McCalman.

“I have to thank Dr. McCalman and Dr. Byard for saving my life,” he said.

“I’m very thankful to be alive. God got me through it. I’ve learned to enjoy life and the little moments as best as you can.”

When Janna King went to the doctor in 2010, cancer was the last thing on her mind. “I was having... read more