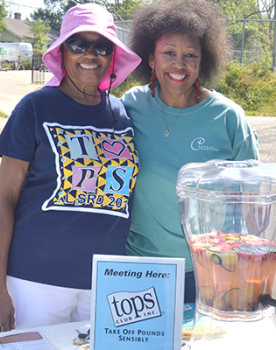 Annie Jean Stone and Carmen Cooper pose for a picture at the TOPS booth. 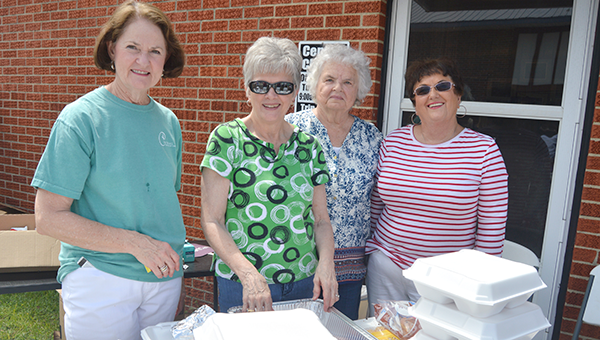 More than 200 people participated in a community health and resource fair held on the grounds of Central Church of Christ.

Carmen Cooper, organizer of the event and member of the Central Church of Christ, said she got the idea from other health and resource fairs.

“When I worked in Lowndes County, we had one at the Lowndes County Health Department. It was a great success and I thought that Covington County could use something like this,” she said.

Cooper said the idea was to let the people of the community know what resources are available to them.

“I feel like a lot of people have no idea what their community offers to them and this can kind of help them see this.”

Cooper says for the first event it was a great success.

“We had about 200 people walk through here throughout the day, we had lots of vendors. It went smoothly and I hope we can have another one next year,” she said.

“There was a lot to offer. The Lions Club held free sight tests at their booth, the Department of Veteran Affairs had a bus out, the U.S. Army had games and a fitness test and the Department of Homeland Security had a speaker come and speak about active shootings.”

There was also a free hotdog lunch served, with chips and drinks.