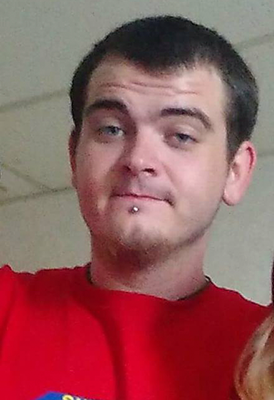 What started as bruises covering his body for weeks led to a diagnosis of acute leukemia for a Florala man.

Shannon Smith found out he had Adult Acute Lymphoblastic Leukemia on October 13, 2015.

Adult ALL is a type of cancer in which the bone marrow makes too many white blood cells. Some of the signs include easy bruising, bleeding and fatigue.

“It was such a scary thing for our family,” Susan Odom, his mother said.

“He was a 21-year-old boy, just turned 21 the month before his diagnosis. It all started when I noticed a bruise on his leg that just stayed there for weeks.”

Another thing Odom said she noticed was that Smith was always tired.

“But I really just assumed he was a growing boy and he was just tired,” she said.

Within two weeks, the bruises spread to entirely covering his legs.

“So we took him to the Andalusia Health emergency room and that’s when we found out. He had about 800 platelets in his body and they immediately wanted him rushed to Dothan.”

The doctors at Southeast Alabama Medical Center confirmed that he did have Adult Acute Lymphoblastic Leukemia, but not only that.

Smith’s platelets went from 800 to 300 just in the drive to Dothan.

The doctors in Dothan wanted him rushed to Birmingham where doctors were waiting for his arrival.

“By the time we got to Birmingham the doctors told us that if he made it through the first 48 hours, he would have a 98 percent chance of survival,” Odom said.

“During all of this I also had to deal with Shannon’s aunt passing away,” Odom said.

“When I left the hospital to go to the funeral, I actually got a call saying that his platelets were dropping.”

Odom had to rush back to the hospital.

Finally, Smith began to stabilize and was able to begin receive chemotherapy.

“Then he got chemo, which he did six months on, six months off. After that, he started doing chemotherapy in Andalusia. He did one month on and one month off there. They had him take by-mouth chemo.”

The oral chemo is what really damaged Smith.

“As a side effect of the medicine, his brain swelled up, he started getting tumors on his brain. He went blind for two months. It was like everywhere we turned we ran into an obstacle. I was watching my baby suffer,” Odom said.

The American Cancer Society helped Odom travel back and forth between Birmingham.

“I’m just so grateful that he’s alive. We’re lucky to have had that warning sign of bruises on his legs. My advice for anyone is to get regular check-ups. We never thought it would be possible for my healthy son,” she said.