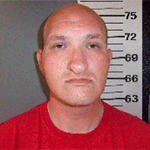 As a result of further investigation, White has been charged with two counts of rape first degree, incest and sexual abuse first degree. His bond has been set at $500,000.

A rape charge is a Class A felony, and both sexual abuse and incest are Class C felonies. Class A felonies are the most serious of felonies and are eligible for jail sentences of at least ten years to 99 years or life.

Class C felonies are punishable by a prison sentence of one year and on day up to two years. Fines can go up to $15,000.