Police work was her lifelong goal for Johnson 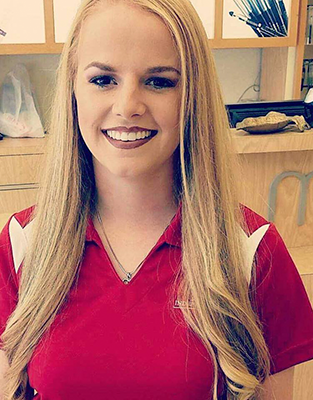 Editor’s note: This is the second in a series of stories for National Police Week.

Beth Johnson has never let adversity stop her, so it makes sense that she’d carry that over into police work.

Johnson joined the Florala Police Department in November of 2016.

“Growing up, I always wanted to be a police officer. I have a list of people I look up to that were in law enforcement and that inspired me,” she said.

“So I put in my application with the Florala Police Department and I was hired on.”

From there, Johnson was sent to the police academy in Selma where she faced her first obstacle.

“I went to there and I ended up coming up into some physical issues and I failed,” she said. “But three months later I went back and I overcame it.”

Johnson loves what she does, too.

“If I could do this job everyday and not get paid for it, I’d still do it,” she said.

Johnson said that she loves both sides of law enforcement.

“There’s really two sides of law enforcement, the community policing- where you talk to children and with people in the community and then there’s the criminal side, where you’re chasing people down,” she said. “I love them both.”

Johnson says she plans to stay on the road and then when she’s 21 she plans to apply to the Alabama State Troopers.

“My first goal was to become a police officer, so I made a second goal to become a state trooper,” she said.

Johnson is the daughter of Glen and Denise Johnson and a Straughn High School graduate.

She enjoys wakeboarding and running.