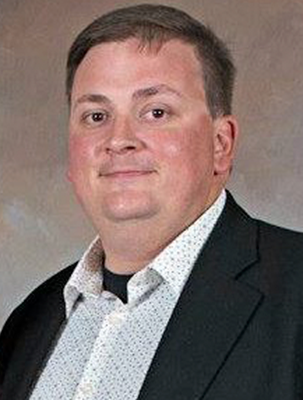 Editor’s note: This is the fourth in a series for Law Enforcement Memorial Week.

Cody Warren’s love for law enforcement comes from his love for solving problems and helping others.

Warren is both an Andalusia Police Department investigator and the River Falls chief.

“Growing up as a kid, law enforcement was something I was always interested in. I love helping people and being able to solve problems,” Warren said.

Warren studied criminal justice at Troy University after high school, and joined the Opp Police Department when he was 20.

“I started when I was 20 and then I turned 21 in the police academy in Selma,” Warren said.

“After the Opp PD, I went on to the Covington County Sheriff’s Office. In 2008, I came to the Andalusia Police Department as a K-9 officer, then I got promoted to sergeant.”

After being promoted, Warren went on to investigations where his love for solving problems fit well.

He took a four-year hiatus from full-time law enforcement work, but still worked part-time at the district attorney’s office.

“When I came back to APD, I was back in investigation,” he said.

“In November 2016, I was appointed as the chief of police in River Falls.”

As for how Warren manages the two jobs, he says when he’s not in Andalusia, he’s in River Falls.

“My APD job is fulltime and I’m supposed to be part-time as the River Falls Chief, but it’s not really part time being the chief,” he said.

“I may not be on the clock for River Falls but I get calls 365 days a year. It’s busy at either police department.”

Warren said he’s lucky to have people willing to work with his schedule.

“I’m fortunate to have a chief like Chief Paul Hudson at Andalusia, who will work with my River Falls PD schedule.”

Warrens says he loves his job and it’s taught him a lot about people.

“I’ve always liked helping people and helping get justice. I like bringing people closure, even if I can’t bring someone back or make the crime go away, as long as I can bring closure,” he said. “This job has really just taught me that people are different and anyone can surprise you.”

When Warren’s not working he likes to hunt, watch Alabama football and baseball games.

When he’s not at either police department, he’s managing his private investigating business and helping manage The Vapor Stache, a vape shop.