The South Alabama Regional Airport has several maintenance issues that were brought to the attention of board members in their Tuesday meeting.

“Our previous airport improvement program had us originally getting LED lighting by 2020,” Jed Blackwell, the executive director said.

“Because our lighting system is 23 years old, it’s very outdated. The LED lighting should save us money in the long run.”

Blackwell said that most airports have LED lighting because it provides better visibility.

There is also a need for a new REIL light for the west side of the airport.

But there are things that take precedence over the LED lighting after a state inspection.

“We had some inoperable lights, a wind direction indicator that was holding water and also we’ve had algae growing on our runway markings,” Blackwell said.

“We fixed the wind direction indicator immediately and we’ve attempted to get the algae off of our markers.”

The algae that grows covers the entire marker, making it a black speck from the air.

Blackwell said that the biggest problem is the algae issue.

“We want to push back runway lighting to 2020 because we can make it to another year and a half to what we currently have,” Blackwell said.

The heliport needs improvements, as well, but the main concern if Federal Aviation Administration will fund the maintenance of the helipads, the improvement originally scheduled to occur in 2022.

“It’s a complete seal coat and revitalization of that area, but the problem is, are we gonna get FAA to fund something like that?” Blackwell said.

Donald Barton, SARA vice-chairman, said that it was a well-needed area of improvement.

“This is actually a part of the old runway, the 1943 runway, but it’s blowing stuff up when there are helicopters out there.”

Blackwell said that they could consider privately funding the heliport’s maintenance.

“We just need to get it shot and laid down,” Barton said.

Other items discussed in the meeting were the new airport gazebo and purchase of a new self-serve fuel pump. 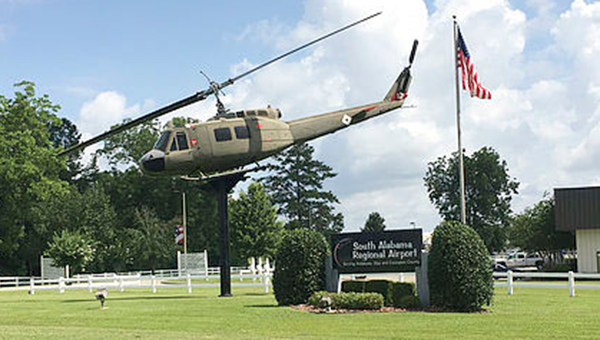