Opp Channell-Lee Stadium getting an upgrade 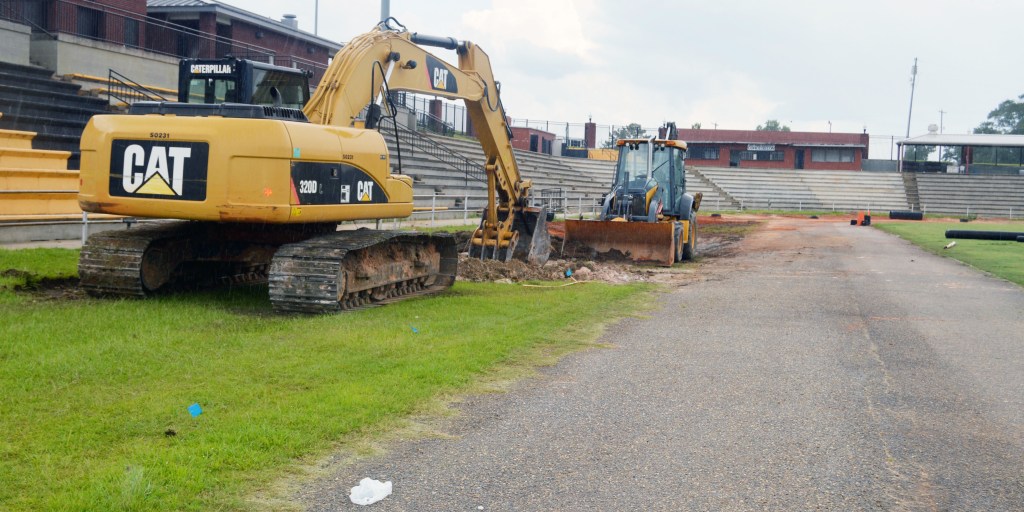 Opp High School’s Stadium may look different to some, but it’s for a good reason.

“We’re replacing all the under ground drainage pipes in the stadium,” Jason Bryan, the city planner, said.

“We removed the dug out because the drainage was underneath it and there’s no reason to have it there.”

Bryan said the original stadium was set up to be a multipurpose field, for both baseball and football.

But when the track was put into place, it changed the layout.

“The track eliminated the purpose of the dugouts because baseball couldn’t be played there,” Bryan said.

“This project is apart of our three year capital improvement plan. Everything has to be done in phases,” he said.

Bryan said without the replacement of the drainage pipes, the field would continue to collect water.

“We’re hoping to reshape the drainage pipes so that it will take the water off of the field,” he said.
Bryan says they hope to lay sod next week.