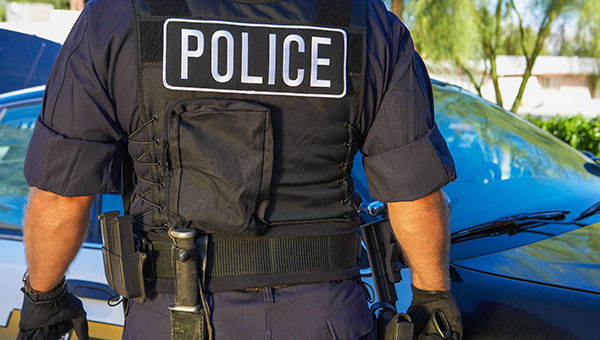 Chiefs: Hiring officers is getting harder

Local chiefs of police say they are seeing evidence of a national trend as they attempt to fill open jobs within their departments.

Nationally, since 2013, the total number of law enforcement officers working has fallen down about 23,000, according to statistics from the Bureau of Justice Statistics.

“We have about 18 police officers, 12 who work as patrolling officers.”

“It might be the pay along within the bad publicity that law enforcement has had within the last three years,” he said.

Nationally, there are departments that say the same. For example, in Seattle applications have been said to have declined by nearly 50 percent.

To Chance, this job is a true calling for some.

“It’s a calling. This job is not easy. It’s very demanding,” he said.

“You have to want to help people and do it for the right reasons.”

If it’s not the pay or the bad rap that officers get, it’s the requirements, Florala police Chief Sonny Bedsole says.

“People who come to me trying to be police officers often have a criminal record and I just cannot hire them,” Bedsole said.

“Because they cannot pass a background check because of a felony.

Bedsole said that applicants can suffer from mistakes of their youth.

“I hate it but I can’t do anything about it if they can’t pass a background check.”

But for the most part, Bedsole said that some law enforcement officers’ mistakes paint all of them in a poor light.

“There are times where an officer makes a mistake and it’s all in the media. It makes the rest of us look bad,” he said.

Or an officer can do something right and the public judges the officer, Bedsole said.

At the Florala Police Department, there are five officers, and Bedsole is looking to fill one more space.

“Right now we have two officers on a shift,” he said.

“We have only have six slots, so one more officer would help us.”

Bedsole says that they only have six officers because it’s the most efficient for taxpayers money.

“If we had one or two more officers we could do a little more proactive policing than we already do,” he said.

“Officers move on to bigger organizations with better pay sometimes,” he said.

At the Florala Police Department, starting pay is $9.50 for officers who have not gone to the 13-week academy and $11.50 for those who have achieved their certification.

For Bedsole, he loves his job because of the community.

“When you are actually able to help with a victim of a crime, help parents find lost children, and just overall interacting with people in the community justifies doing the job,” he said.

“It really is a job that gives you gratification and those of us who do it know that it really is a calling.”

“There’s a couple of different reasons, not enough pay, negative media where officers on criticized even if they do the right thing and putting your life on the line for people who don’t appreciate what you do.”

Hudson said that it is a nationwide problem.

For the Andalusia Police Department, there are 27 certified officers but Hudson would like about three more officers to join.

“People should join if they want to make a difference in their community,” he said.

“I joined to give my children a better place to grow up.”

Hudson declined to say how much officers are paid, but an ad for officers placed by the City of Andalusia earlier this year said starting pay is anywhere from $24,900 to $29,111, which is approximately $12.00 to $14.14 an hour.

The Covington County Sheriff’s Office was not available for comment.

To become a law enforcement officer in the state of Alabama, all applicants must have either a GED or high school diploma, they must posses a valid Alabama driver’s license, they must be 21 years of age (although some departments can differ on age requirements), they cannot have any felony convictions, under indictment, have a misdemeanor or pending cases. If the applicant was in the military they must have proof of being honorable discharged. The applicant also has to be a person of a good moral character and reputation.

With each application, the person must be able to pass a background check and pass a physical agility examination.

That entails a timed run, pushing a vehicle on a level surface for 15 feet, climbing a six foot fence, climbing through a two foot square window, walking a balance beam for 15 feet, dragging a weighted object for up to 165 pounds for distance of 15 feet, all in 90 seconds.

The next portion measures ability, and is composed of a minimum of 25 sit-ups in 60 seconds and 22 push-ups in an additional 60-second timeframe. After that, the applicant must complete a 1.5mile run in 15 minutes and 28 seconds.

After that, the applicant must attend and graduate from one of the in-state academies.

Opp Police Department applications are available at the department on 106 N Main Street in Opp.

Applications for  Florala Police Department are available at the Florala City Hall at 22664 Wall Avenue in Florala.