AJHS prepared for first round of junior high school championship 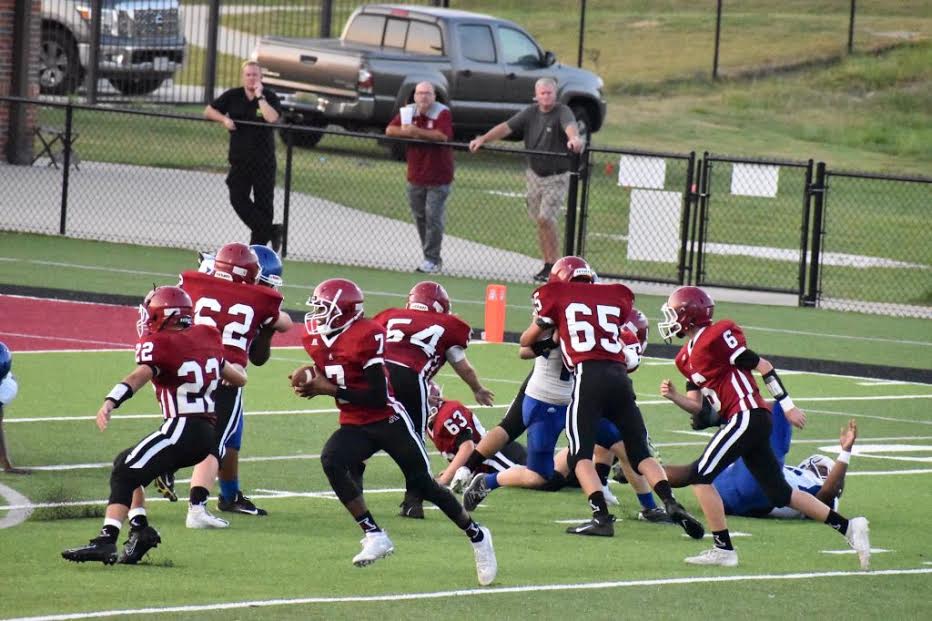 This game will be the first round of the local Junior High School Championship series. The AJHS Bulldogs, who currently have a 3-1 record, finished second in the regular season. Their only loss came to Dauphin Middle School of Enterprise in week three of the season.

AJHS Head Coach John Dugger said he believes his team is healthy and ready for the two-game playoff road to the championship.

“We have had a few nagging injuries to some skill guys,” Dugger said. “But since we had a bye in the first round of the playoff, we were able to rest some of those guys last week.”

So far this season, the AJHS Bulldogs have rushed for 577 yards and threw for another 106.

Eighth Grader J’Marion Burnett is the team’s leading rusher with 316 yards on 31 carries. The defense is led by 7th Grader Zade Newton. Newton has 23 tackles, 3 assists, 2 forced fumbles, 1 interception, and a blocked punt.

“We know we have our work cut out for us this week against Charles Henderson,” Dugger said. “We were able to score in the last couple minutes of the game to seal the victory when we played them in week 2. I know this game will be another battle.”

If AJHS can defeat the Trojans this Thursday, they will have a short week of preparation as they will face Dauphin in Enterprise the following Tuesday (October 15th) for the league championship.

Coach Dugger says they will take that one game at a time.

“We aren’t looking past anyone,” Dugger said. “We will focus on Charles Henderson and then worry about what happens next – when it happens.”