Andy 10U prepares for state tourney 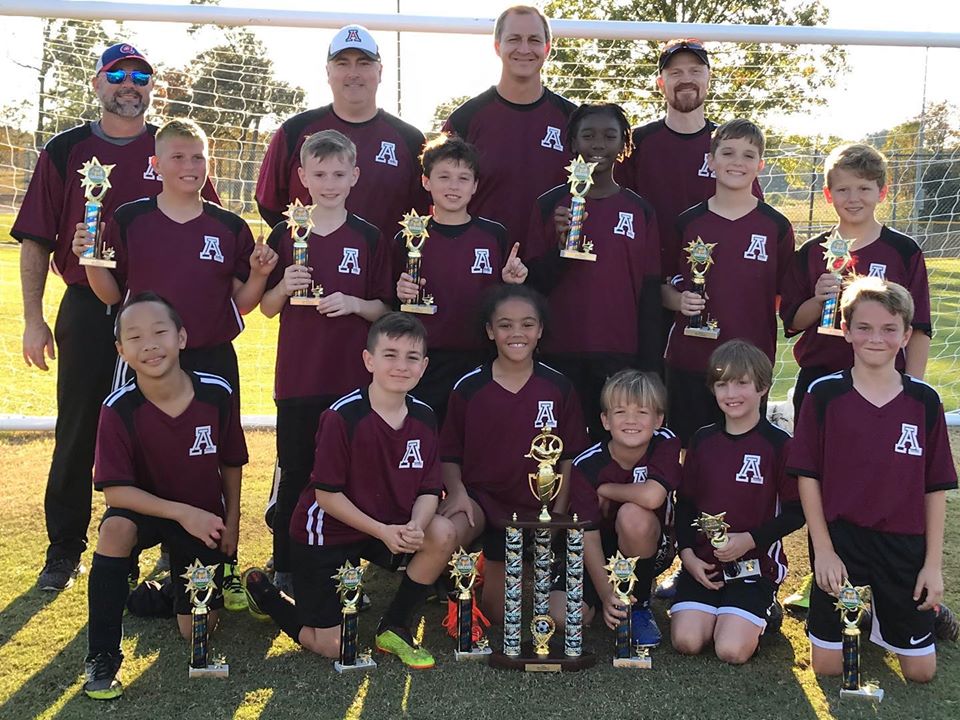 Andalusia played three games this past weekend to claim the title.

They won 4-0 against Eufala, won in a penalty shootout against Opp and won 2-0 against Troy.

“I think we played a good weekend of soccer,” Head coach David Wells said. “The City of Andalusia did a really good job at hosting everyone, as well. In the game against Opp, Sawyer Hardy didn’t let a single goal in during the penalty shootout, which was a great job and I think the entire team just did a good job.”

Looking forward to the state competition, Wells said they will focus on increasing their passing ability.

“We need to work on looking up when we are dribbling and passing the ball effectively,” Wells said. “We also had a lot of chances in the box to score goals, so we need to be more effective with shooting on target.”

The All-stars will travel to Dothan Nov. 23 and 24, to compete in the state competition.