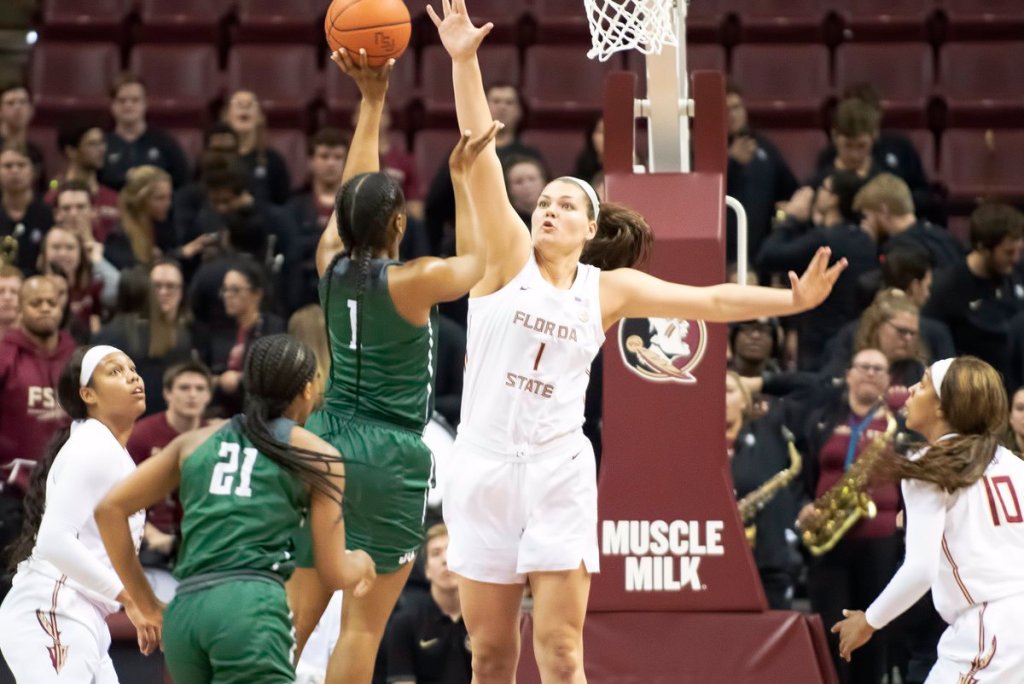 Baldwin, an Andalusia, Ala., native and Pleasant Home School alumna nearly recorded her second double-double of the season off the bench in an 86-62 win over Virginia Tech on Sunday. Baldwin had 10 points (5-of-10) with nine rebounds and tied her season-high with three blocked shots in 22 minutes.

Baldwin has five double-figure scoring games this season, including three straight against UNF (19), Michigan (12) and Virginia Tech (10). For the season, she is fourth on the Seminoles averaging 8.3 points, and has three times as many blocks (21) as the next closest player on the team.

She has either led or co-led the team in blocked shots in eight of 13 games this season. Baldwin ranks eighth in the conference with 1.62 blocked shots per game.

Baldwin becomes the first Seminole to earn ACC Freshman of the Week honors multiple times in a season since Cierra Bravard won it twice in the 2008-09 season.

No. 8 FSU heads to Syracuse for its third ACC matchup of the season on Thursday. Tip-off is at 8 p.m. on the ACC Network.

FHS HOLDS ON TO WIN CHAMPIONSHIP