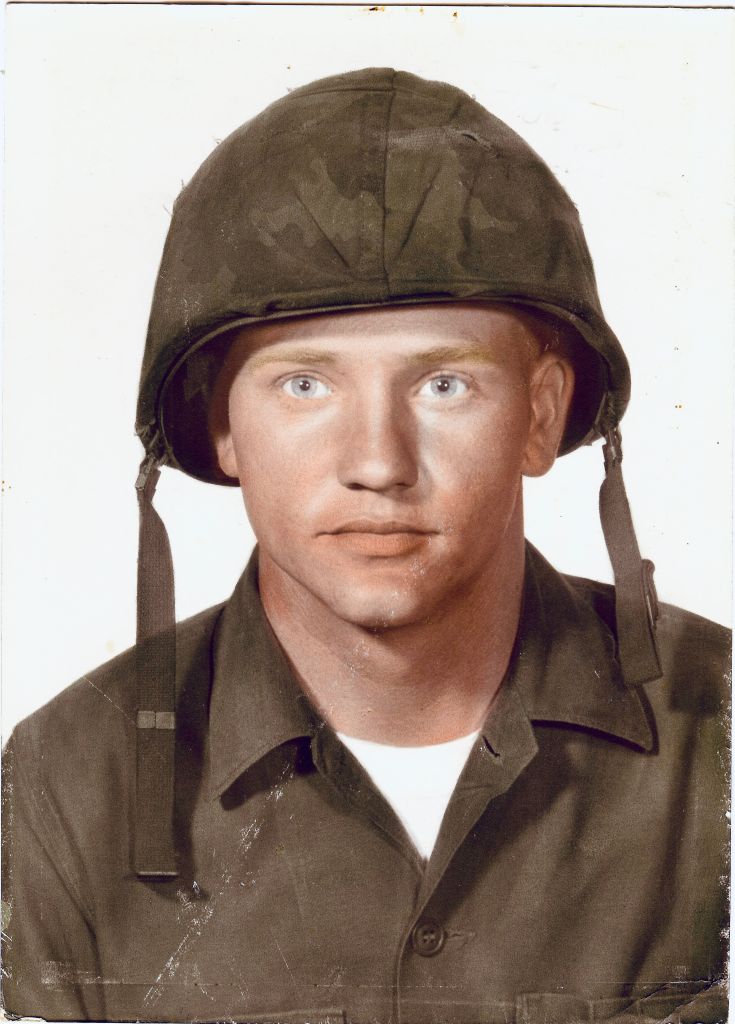 Larry Smith and Betty Henderson were sweethearts in high school at Pleasant Home. Larry graduated in 1965 and says Betty waited for him to get back from Vietnam. Lots of things happened to that young Marine before he and Betty could tie the knot in September of 1967.

Clinton Larry Smith was born on December 5, 1946 to Joe and Mae Hughes Smith, who lived in Wing, Alabama. Before graduating from high school, Larry enlisted in the deferred program with the United States Marine Corps. After graduation, he was sent to Parris Island, S.C. for basic training, then on to Camp Lejeune, N.C. for infantry training. From there, he was shipped cross-country to Camp, Pendleton, Ca. for more infantry training. There he joined Echo Company, 2nd Battalion, 3rd Marine Division. They were deployed to Da Nang, South Vietnam in June 1966.

Larry and Echo Company spent their first months patrolling the areas around Da Nang. In March 1967, they were sent to Khe Sahn to reinforce the Marines who had been under attack from Viet Cong guerillas and units of the North Vietnamese Regular Army [NVA]. Khe Sahn is located in Quang Tri Province, about 15 miles south of the Demilitarized Zone bordering North and South Vietnam. The fighting that took place during this time was called the First Battle of Khe Sahn, so as to distinguish it from the larger battle that took place one year later during the Tet Offensive. In May, the NVA tried to overrun Hill 881, one of the heavily defended Hills around Khe Sahn.

Larry Smith and Echo Company were defending Hill 881 when Larry was wounded in the rear by a grenade. The Corpsman was already dead, so one of Larry’s fellow Marines picked out the shrapnel with a knife and filled the wound with iodine. After they fought off the attackers, the Marines commenced the grim task of picking up their dead and wounded. The  M-16 rifle was newly issued and many of them would jam after the first shot was fired. Larry said that many of the dead Marines were found with their jammed rifles with only one shot fired. The NVA had lost around 1,000 men and a bulldozer was flown in to dig ditches to bury them. Soon after that, Army units were brought in to relieve the Marines on Hill 881 and they were evacuated to their base camp at Khe Sahn. They resumed their patrols after that.

In August 1967, Echo Company was sent to assist Golf Company which had been ambushed near a church. Most of Echo Company were riding on the backs of tanks as they neared the area when they were also ambushed. Larry was wounded again, this time from fragments of an RPG [rocket propelled grenade] that hit the side of the tank. The tank returned fire, hitting the church and causing the NVA to run outside where they were killed. With no Corpsman available, Larry had to depend on his buddies to pick out the grenade fragments. Once again, the only medication was an ample supply of iodine. After a short recovery period at the base camp, Echo Company resumed their area patrols. Larry Smith had been meritoriously promoted to Sergeant.

A few weeks later, while on patrol, they encountered a minefield. Their point man was killed and several others were wounded. A helicopter was called in to evacuate the dead and wounded. As it approached, Larry picked up a dead Marine and waited to load him onboard. The helicopter was an H-21, twin rotor aircraft, sometimes called “The Flying banana”. The H-21 has a rear door that lets down to the ground to make loading easier. As the rear door came down near Larry and the other Marines, it hit a mine that blew it away. With the rest of the helicopter intact, the pilot immediately took off and moved away. Just as quickly, he returned, minus his tailgate, to pick up the Marines. When the mine exploded, Larry had been severely wounded about the face and his left leg was almost blown away. With some help, Larry used his belt as a tourniquet to stop the bleeding from his badly damaged leg. After loading aboard the helicopter, Larry and  the other wounded Marines were evacuated to the Navy hospital ship, USS Repose [AH-16]. Larry was one of more than 24,000 military personnel who received care from the Angel of the Orient , as she was called.

After about a week, Larry was evacuated to a hospital in Japan for further treatment. Following that, in August of 1967, he was sent to Naval Air Station Pensacola, Florida. He and Betty were married later that year in September. He remained at Pensacola for eight months and was   given a temporary discharge. Larry was permanently discharged with a 30 per-cent disability in 1972. His service awards included the Presidential Unit Citation, the Purple Heart with two stars in lieu of his 2nd and 3rd awards, Vietnamese Service Medal, Vietnamese Campaign Medal, National Defense Services medal and the Rifle Sharpshooter’s Badge.

Larry and Betty had three children: Charlotte [Bill] Spurlin, Christi Smith who died at age 16 as a result of an automobile accident in 1989 and Cyndee [Kevin] Hall.

After Larry returned home, he drove a truck and worked in safety for Rhett Butler Trucking for a number of years. Later, he took a job as Safety Manager with Harold Sorrells of Sorrells Trucking in Opp. He remained there until his retirement in 2006.

Larry has recently lost the leg that was injured in Vietnam and temporarily lost the use of one eye. Still, he doesn’t complain but remains modest in recounting his service in Vietnam. Like his fellow Vietnam veterans, he never received his country’s thanks for his service in an unpopular war. Besides the wounds he received, Larry has suffered from the effects of Agent Orange. He recalls one occasion when his unit was directly over-sprayed with the defoliating chemical, causing them to bury their faces in the ground in order to breathe.

Covington Veterans Foundation is proud to tell Larry Smith’s story. We salute Larry and all the other brave men and women of our military services who have given so much for our country. 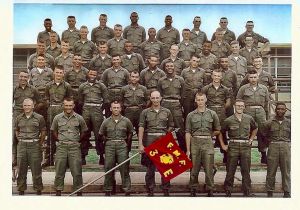