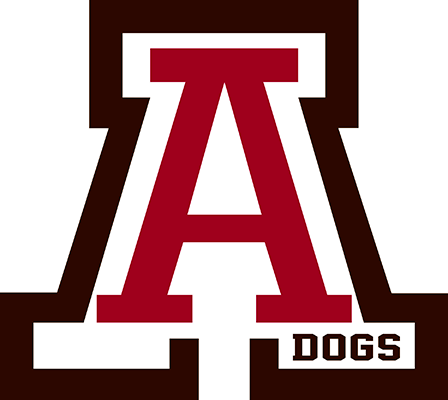 After a midweek cancellation by Carroll due to COVID protocol, the Andalusia Bulldogs quickly rescheduled a contest and headed south of the border to Navarre, Florida to take on the 7A Raiders.

After falling behind in the first half, the Bulldogs battled back to take a second half lead, 14-10. But, the Raiders made the most of their last opportunity and an interference call on what would have been the last play of the game, gave Navarre one last chance which resulted in a touchdown to hand Andalusia the loss, 16-14.

Andalusia opened the game kicking off to the Raiders and an 80-yard return set Navarre up with field position at the Bulldog 20-yard line. A 10-yard run was followed by a play-action pass to give Navarre the quick 7-0 lead after the successful point-after.

Andalusia crossed midfield on their first possession, but the drive ended with a turnover.

Later in the first quarter, following several three-and-outs by the Andalusia defense, the Bulldogs had one of their better drivers of the first half led by the running of Dorean Crittenden and Josh Gurly. But, after crossing midfield, a sack and a false start penalty impeded progress and led to another punt.

Gurly was also a leader on defense in the first half and his second sack of the game helped lead to a punt in the second quarter. On Andalusia’s following possession he was on the receiving end of a screen pass that went for 20 yards to the Bulldog 40. That drive would ultimately stall out at the 37-yard line.

Navarre would add to their lead with a 47-yard field goal as time expired, giving the Raiders a 10-0 edge at the half.

The Bulldogs came struck back to begin the second half with a drive led by the running of Crittenden, as well as a 15-yard reception that set Andalusia up at the 5-yard line. Two plays later Wilson would push the ball into the endzone to get the Bulldogs on the board and cut the lead, 10-7.

Navarre had the opportunity to add to its lead on their following possession, but missed on a field goal attempt.

The teams would exchange possessions through the remainder of the third period.

About midway through the fourth quarter, Andalusia would take possession at their own 29 following a Navarre punt. Omare Lattimore breaks through the line on first down for a big gain of 19 yards and then followed with another gain of eight yards, putting Andalusia in Raider territory. J’marion Burnette and Michael Hourel helped move the drive forward. On a second-down-and-six, Wilson faked the handoff to Hourel and then went deep to a wide open Chip Morgan for a 31-yard touchdown, giving Andalusia its first lead of the game, 14-10, with only 2:27 to go in the game.

The ensuing kickoff sailed through the end zone as Navarre took possession at their own 25. A personal foul penalty for a late hit aided Navarre, who had only one time out. Morgan and Gurley participated in back-to-back tackle for loss plays, leading to a third-and-12 and Navarre using its last timeout with 48 seconds on the clock.

The next play was a 21-yard pass to the Andalusia 30 and that was followed quickly with another big play to the 10-yard line. With only 3.3 seconds remaining on the clock, Navarre threw incomplete into the end zone, but got the interference call as time expired. With no time on the clock, Navarre ran to the right side and pushed into the end zone for the game-winning score.