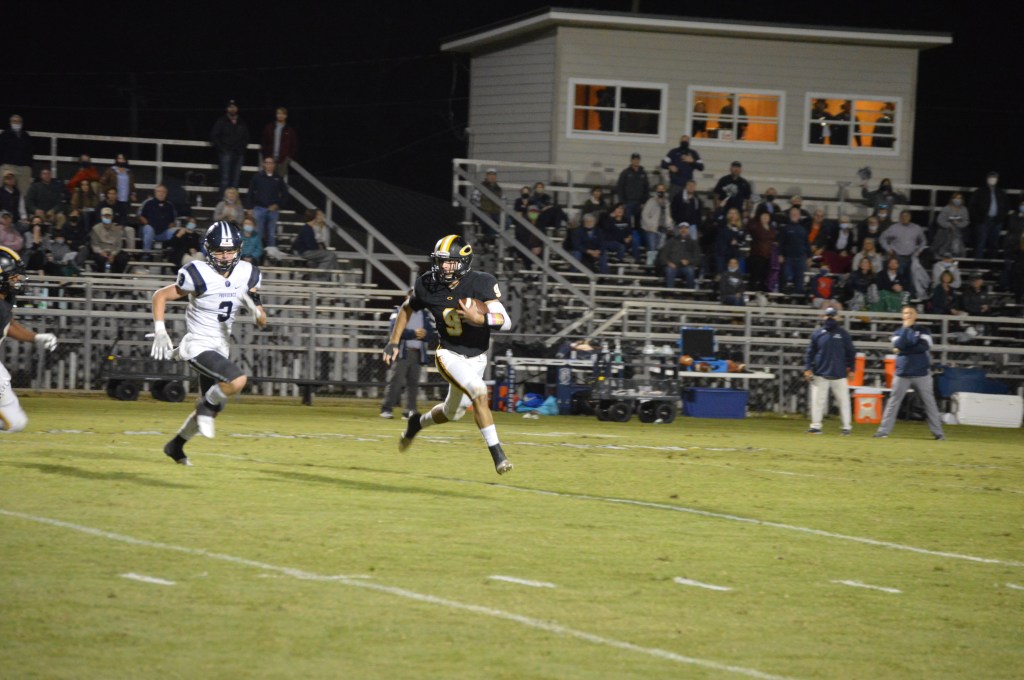 The Opp Bobcats will begin the playoffs with a first-round contest at home against the Greensboro Raiders.

Friday’s matchup between the Bobcats and Raiders will mark the first meeting between the two schools.

“Greensboro is a very athletic group. On defense they run a three-man and four-man front with two very talented defensive ends and linebacker. Offensively, they can run and pass with a very athletic quarterback. They are also very well-coached. We will need to play a great game to pull out a victory,” Hill said.

Hill said his team is well-rested coming into the first round after last week’s bye.

“We needed that break. Our guys are well rested and excited about playing in the playoffs. It’s been a tough year, but getting to playoffs was our first goal,” he said.

While there will be some attendance restrictions due to the pandemic, the Bobcats look forward to another game in front of their home crowd.

“Anytime you get another game in your stadium it is good for the team and for the community,” Hill said. “To win enough to get that two seed and have another home game is another chance to bring our community together.”