Farming community teaming up to help one of their own

Farmers across the area are coming together to help a family in need following a tragic accident.

On Sunday, Nov. 1, Butler County farmer John Tope was spraying cotton — a job he had done many times before — when he hit a power line and was electrocuted. He was life-flighted to UAB Hospital in Birmingham with second- and third-degree burns.

News of the tragedy spread across the area, especially among the farming community, and immediately efforts were underway to help. Russell Lassiter of the Andalusia Farmer’s Co-op, said farmers in the area were eager to help. Some went to the Tope farm to finish spraying and currently a group is organizing to take their picking machines to harvest the cotton. 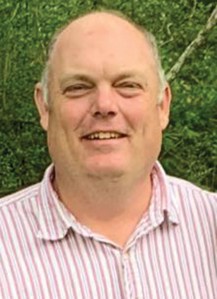 “Farmers were calling us bright and early the very next morning to see what needed to be done,” Lassiter said. “We went and defoliated the remainder of the crop and now we’re working to get it picked. It’s amazing to see how many people stepped up to help in so many different ways. They’ve all come together to do what they can.”

These acts of kindness toward the Tope family is allowing John’s wife, Terri, to stay by his side in Birmingham.

“The kindness we have received is very overwhelming,” Terri said. “If it was not for these people doing all the things they are doing for us, there is no way I could be here with him. I was talking to another lady whose husband is in the ICU and she had to leave her husband to go back to her job. I was thinking how thankful I am that people are helping me so I don’t have to go home to work and try to figure out what to do. There’s no way possible I could ever thank everyone for the kindness they are showing us.”

Another family friend, Ben Pate, has been helping John’s daughter, Savannah, with much of the day-to-day chores, which also includes taking care of the Tope’s cows. “Anything that needs to be done, he’s stepped up and has done it,” Terri said.

If not for others stepping in, Terri said she would have no choice but to leave her husband’s side and return to get the many tasks done around their farm. “It’s just me and my husband who do this. I can do a lot of it myself, but it means I would have to be there instead of here with him.”

On the day of the accident, John and Terri where each in the same field, but on opposite sides. Once the call for help was made, first responders were soon on the scene. Volunteer firefighters, Butler County Sheriff’s Office, ambulance and others all responded.

“It was an amazing response. Everyone was there so quickly. The ambulance did what they could and then the life flight helicopter arrived and brought him to UAB, which has provided amazing care for my husband and for me,” she said.

John suffered second and third degree burns to about 40 percent of his body and first degree burns to about 30 percent. He underwent surgery Thursday where about 75 percent of the dead skin was removed and another surgery is scheduled for Tuesday morning to clean the other 25 percent. In about two weeks, doctors will begin doing skin grafts, according to Terri. “The doctors and nurses are all amazed at how well he’s progressing. He is definitely pushing himself.”

While John recovers, family and friends are continuing to find ways to help the Tope Family. Currently, there is a GoFundMe page at “John Tope Road to Recovery” where donations will be used to pay medical bills and assist with the recovery process. As of Monday afternoon, the page had raised over $5,000.

There is also a gun raffle fundraiser underway. A Weatherby Vanguard Synthetic 6.5 Creedmoor rifle will be drawn for on Saturday, Dec. 19, 10 a.m., at the Andalusia Farmer’s Co-op. Tickets for the raffle cost $5 or five tickets may be purchased for $20. Tickets are available at the Farmer’s Co-op, Southern Equipment Company as well as from Eddie Stacey, Patricia and Ricky Gibson, Tammy Holt and Michael Page.

“To say that I am overwhelmed by the amount of prayers and kindness that has been shown for my husband and my family is an understatement. Thank you seems so small, but that is all I have right now. Please continue to send those prayers up,” Terri said.