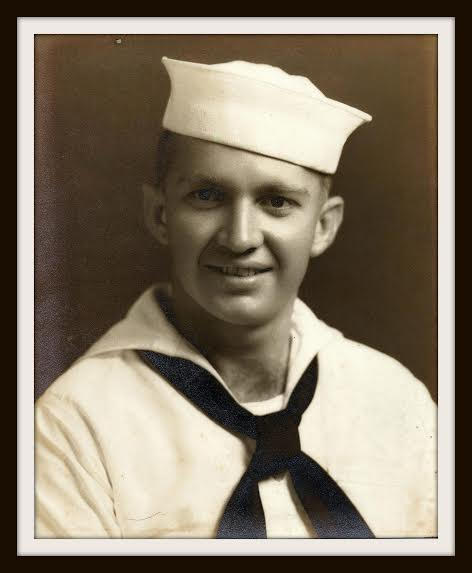 The U.S. Army had established the Aircraft Warning Service [AWS] in 1939, but the new SCR-270 radar system did not become operational until July 1941. Because of rising tensions with Japan, six of the units had been installed on the island of Oahu, Hawaiian Territory by late 1941.  One of the units located at Ft. Shafter had been moved on November 26 to Opana Point, located on the northern tip of Oahu, some 532 feet above sea level. Manning that unit on the morning of December 7 were Privates Joseph L. Lockard and George Elliot. Their watch ran from 4:00-7:00 am.

They were just about to conclude their watch at the Opana Point Site. The truck that was to take them to breakfast at 7:00 am was running late and they continued to look at the primitive oscilloscope that displayed any radar contacts. At around 7:02 am, they noticed a large “return image” on the scope. They immediately called the information to the radar information command at Ft. Shafter. The office took the message since the duty officer was not there at the time. Lt. Kermit Taylor was the duty officer and he returned the call around 7:20 am. He was aware that a flight of U.S. Army Air Corps B-17s were due in from the mainland that morning and told the men, “Don’t worry about it.”

Just 35 minutes later, Captain Mitsuo Fuchida, leader of the Japanese attack on Pearl Harbor, radioed back to his task force commander, “Tora, Tora, Tora,” [Tiger, Tiger, Tiger]. That was the signal that the American forces had been caught by surprise.

The Japanese strike force of some 353 aircraft had been launched from four heavy and two light aircraft carriers. The task force consisted of those carriers, two heavy cruisers, 35 submarines, two light cruisers, two battleships, nine oilers and 11 destroyers. They had left Hitokappu Bay, Japan on November 26 and traveled 3,500 miles under strict radio silence. The task force, commanded by Admiral Chuichi Nagumo, staged the attack from a location 230 miles north of Oahu. They were able to home in on a local Honolulu AM radio station straight to Pearl Harbor.

The devasting attack caught the American forces in Hawaii completely unprepared. On that Sunday morning, ships were preparing for the raising of the colors. In full peacetime mode, the ship’s water-tight doors and hatches were all open. Three-quarters of the ships’ crews were ashore on liberty. Planes at Wheeler and Hickam Field were parked in neat rows so that they could be easily observed to prevent sabotage. So were the seaplanes at Kaneohe Bay Naval Air Station some 18 miles from Pearl Harbor.

Stationed at Kaneohe Bay was Andalusia native, Seaman Apprentice William H. Baldwin. He watched as the Japanese attacked. “They were low level bombers and fighters and they came in strafing and bombing and hit our only completed hangar. We had 36 planes and they destroyed all but three. Five of us ran to the fire truck and headed for the hangar, but a fighter strafed us and destroyed the truck. One boy was killed and several wounded, but I only got a small cut on my hand. Baldwin noted that there had been 18 men killed and many more wounded.

The damage was much worse at Pearl Harbor, the primary target. Of the total of 100 ships present, 16 were damaged or lost. Four battleships, Oklahoma, Arizona, California and West Virginia, were sunk outright and the Nevada was sunk after getting underway. In addition, two destroyers were bombed in drydock and a minelayer, the Oglala was also sunk. All of the sunken ships were refloated and repaired with the exception of Arizona and Oklahoma.

An Andalusia native, Navy Chief Bo’suns Mate Comer A. Wilson was aboard the Arizona and was killed. Wilson’s body was recovered and returned to Andalusia and buried with full military honors at Magnolia Cemetery. He left a wife, Martha, who was pregnant with their son [Comer A. Wilson, Jr.]. Entombed aboard the Arizona  were 1,177 of Wilson’s shipmates. In 1962, a memorial structure was built over the sunken ship that is accessible only by boat. The USS Arizona Memorial displays all of the names of the sailors and marines still within the ship.

The attack brought out the best in the Navy sailors at Pearl Harbor. Heroism was commonplace as was evidenced by the 15 Medals of Honor awarded to them for actions on December 7. A total of 2,403 U.S. personnel, including 68 civilians were killed in the attacks. More than 180 U.S. military aircraft were destroyed. Only six planes got into the air to repel the Japanese. The attack was a brutal blow to an isolationist American public.

On December 8, President Franklin D. Roosevelt addressed a joint session of Congress: “Yesterday, December 7, 1941 – a date which will live in infamy – the United States of America was suddenly and deliberately attacked by naval and air forces of the Empire of Japan.” The President went on to ask for a declaration of war against Japan.

Not to be outdone by Japan, Germany and Italy declared war against the U.S. on December 11.

There were several official hearings after the attack, seeking to explain the “total surprise” achieved by the Japanese. Lt. Kermit Taylor was absolved of any negligence. Officially, the blame ultimately fell to the two commanders at Pearl Harbor – Army Lt. Gen. Walter C. Short and Navy Rear Admiral Husband E. Kimmel. They were both relieved of command. Admiral Chester W. Nimitz became Commander-in-Chief, U.S. 7th Fleet on December 31 and set up his command at Pearl Harbor. As the Admiral was flying into Pearl Harbor, he observed the wreckage of ships and the destruction of the facilities. He reportedly said, “Things might have been worse. At least our carriers were not in port.” Three aircraft carriers had been stationed at Pearl Harbor: Enterprise, Lexington and Saratoga. The Saratoga was in California, loading its air wing after an overhaul. Enterprise had departed Pearl Harbor on November 28, taking planes and reinforcements to Wake Island. Lexington had left Pearl Harbor on December 5, taking planes and reinforcements to Midway.

Japanese Admiral Isoroku Yamamoto was the architect of the attack on Pearl Harbor. He was a proponent of Naval air power and realized the importance of the U.S. Navy carriers in a prolonged battle in the Pacific. When told of the “overwhelming success” of the December attack, he said, “I fear all we have done is to awaken a sleeping giant and fill him with a terrible resolve.” The defeat of Japan would not have been possible without the U.S. aircraft carriers. Before the end of the war, the U.S. would build an additional 27 fast attack carriers and 122 small or escort carriers. Japan would build an additional15 large aircraft carriers and 10 light carriers. As Yamamoto had feared, Japan could not replace its carriers and pilots on a scale equal to the U.S. The loss of carriers was not the sole reason that Japan could not maintain its original carrier superiority in the Pacific. Japan kept its most senior and experienced pilots on the battle front. The U.S. sent its most experienced pilots back to the States to train new replacement pilots. By the end of the war, Japan had lost most of its best pilots and their replacements were ill-trained and barely able to take off and land on a carrier.

Admiral Nimitz would work with Army General Douglas MacArthur to stop Japan’s advance in the Pacific. Once that happened, they started an “island hopping” campaign that gradually took back Japanese-occupied islands until they were close enough to bomb the Japanese mainland. Only the use of the atomic bomb would finally break the fanatical resolve of the Japanese government.

During the next four years, more than16 million men and women would be called upon to serve in military forces of the United States in the Atlantic and Pacific theater. Of that number, more than 400,000 would make the ultimate sacrifice.

The losses of Pearl Harbor have not been forgotten. On December 1, 2020, four more heroes were identified and returned home by the Defense POW/MIA Accounting Agency. They were: Navy Fire Controlman 2nd Class Harold F. Trapp and his brother Electrician’s Mate 3rd Class William H. Trapp, both from La Porte, Indiana. They were killed aboard the Oklahoma. Also returned from the Oklahoma was Navy Chief Carpenter’s Mate Tedd M. Furr of Mobile, Alabama. The fourth man returned was Navy Seaman 1st Class Carl S. Johnson, of Phoenix, Arizona who had been aboard the West Virginia. 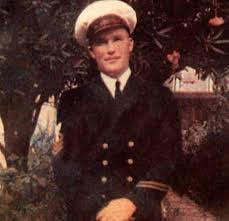