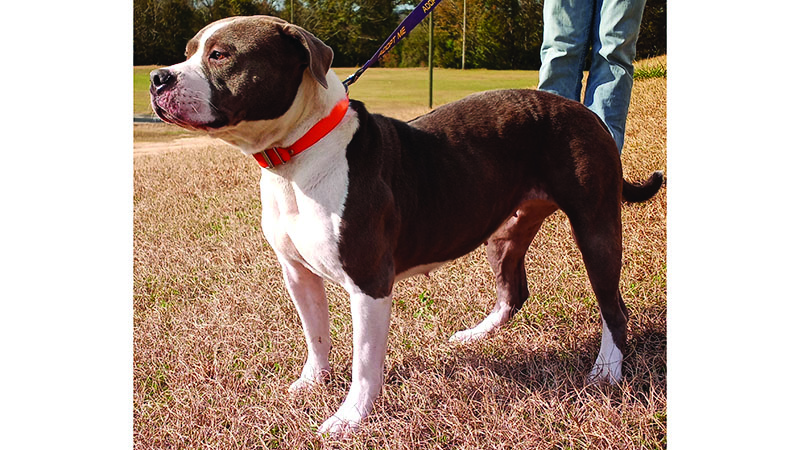 It has been a very busy holiday season at the Andalusia Animal Shelter where a number of animals have found a forever home just in time for Christmas.

According to Kayla Cleland, director of the local animal shelter, a total of nine animals were adopted over the past week, including two on Tuesday and another two that found their new owners on Wednesday.

“It is amazing and we are very excited to have found these animals loving homes. We typically do not encourage the idea of puppies for Christmas, but in these cases we feel very good about it,” Cleland said.

The shelter is down to only five animals as of Wednesday, three dogs and two cats. One of the dogs is going to a rescue in Virginia, but the other two are up for adoption. Roxie, a 2-year-old female, is described as being great with kids and is spayed and up to date on all shots. The second dog up for adoption is Rudolph, a bulldog that is approximately 7 months old. Rudolph is not neutered and may be best for an adult owner, as he is described as being a bit shy. The two cats, Holly and Jolly, are young and are “people cats,” according to Cleland.

Cleland said with the departure of animals through adoption, the shelter is at its lowest occupancy in some time.

“It’s uncommon for us to be down to only five animals,” Cleland said.

Anyone interested in learning more about the animals available for adoption at the Andalusia Animal Shelter may visit at 101 Coliseum Ave. or call 334-222-8705. The shelter will be closed for Christmas Eve and Christmas Day, reopening on Monday, Dec. 28.

For more about the Andalusia Animal Shelter, visit them on Facebook at https://www.facebook.com/AshelterBabies/