Jim Mills remembered as the smiling face of Piggly Wiggly 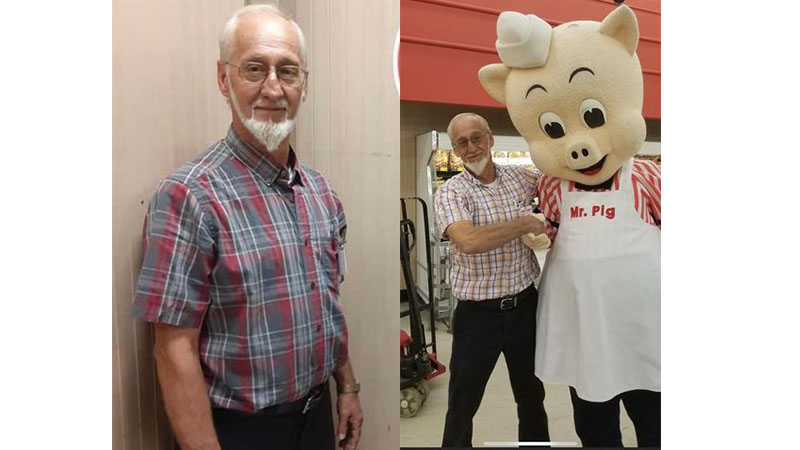 Customers of the Andalusia Piggly Wiggly will be missing a smiling face as longtime employee Jim Mills passed away Monday.

Mills, 64, was the grocery manager at Piggly Wiggly for the past three years, but had also worked 20 years at the location when it was a Winn Dixie store.

According to Chantz Robertson, Piggly Wiggly manager and a longtime co-worker, Mills was more than just an employee, to both co-workers and customers.

“He was a man of men; the type of guy you hoped you could mold yourself after. A true mentor. He did a lot for others, but was modest and never sought attention for it. There’s no way you can replace a guy like Jim Mills. He was the face of the store,” Robertson said.

Customers of the grocery store also found a friend in Mills.

“I was on the front line one night and a lady comes in with a tire in a buggy, asking for Jim,” Robertson remembers. “Apparently, the night before she had a flat tire in the parking lot and didn’t have a spare. Jim gave put his spare on her car and she was returning it the next day. That’s just one of the stories you could be told about Jim. There’s no person he wouldn’t help.”

It was common for Mills to lend a helping hand, including at Guardian Angel Daycare and supported his grandchildren’s participation in the Straughn High School band by volunteering in different ways.

“Mr. Mills was a great guy who was very much invested in his grandkids’ education,” said SHS Band Director Daniel Walden. “He saw great value in them being part of the Straughn band program. He was always asking what he could do to help out and was always very generous to the band. In addition, he was just a nice guy. He always smiled and always had a kind word. He will be truly missed.”

Robertson adds that many will remember Mills with love and perhaps even a laugh.

“He was definitely a prankster and was always up to something. There was never a dull moment when Jim Mills was around,” he said. “To say we are going to miss him will be an understatement. We ask everyone keep his family, and his store family, in your thoughts and prayers.”

Among those surviving Mills is his wife, Maxine Mills, and two daughters. Foreman Brown Funeral Home is in charge of arrangements, which will be announced.