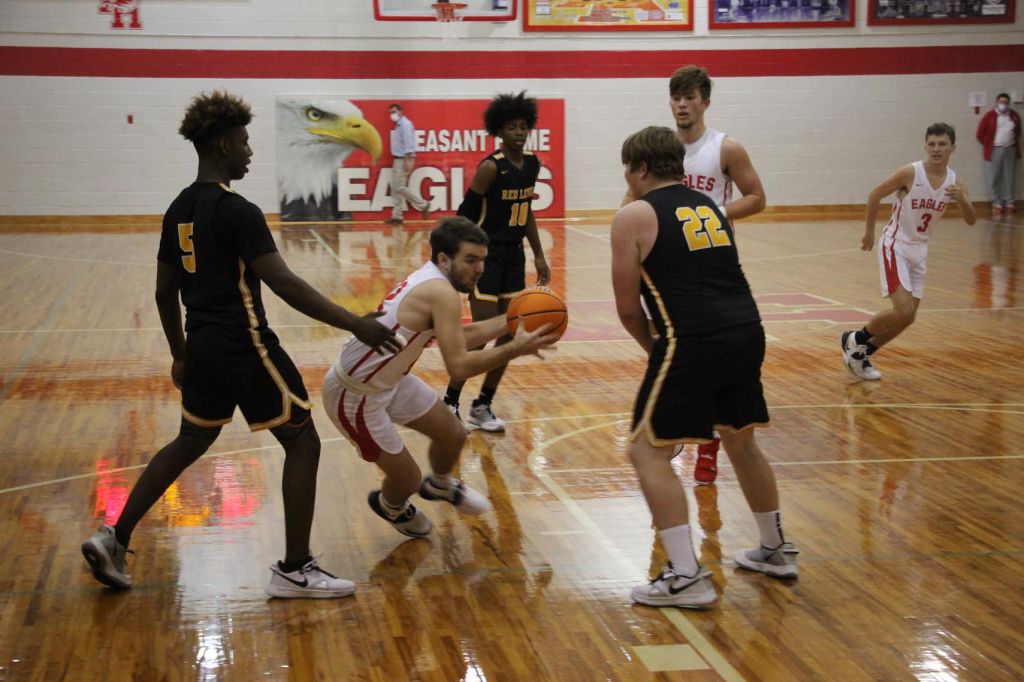 Red Level denied the Pleasant Home boys team its first victory of the basketball season while the girls’ teams battled to the final moments.

The Pleasant Home Eagles were looking to secure its first win of the season, but instead it was Red Level coming away with its second victory of the season, 63-56.

The contest began very close with E. Curry leading the way for the Eagles with 10 points and Johnson scoring eight for the Tigers as the teams battled to a 12-12 tie at the end of the first period.

Red Level separated itself slightly in the second as Johnson continued with the hot hand, scoring another eight points. Padgett added a three-pointer and Williams another two making the score 30-24 at the half.

But, the third period saw Pleasant Home come back strong, led by M. Anderson’s 10 points, and tied the game at 42-42.

It was the Tigers who pulled away in the final period, outscoring Pleasant Home 21-14 with Johnson once again leading the way with 12 points for Red Level.

The win improves Red Level’s record to 2-5 while Pleasant Home stands at 0-8.

Leading scorers for the Tigers included Johnson with 27 points, Poindexter with 16, and Wright finished with 11.

Pleasant Home was led by Curry who finished with 22 points and Anderson added 18.

It was a low-scoring affair for the girls’ teams, but a late surge gave the Lady Eagles a comeback victory, 32-31.

Red Level took the early lead, outpacing Pleasant Home 7-4 after the first period. Cross accounted for all of the Lady Tigers’ points while H. Ward kept the Eagles close with a three-pointer.

Pleasant Home came back strong in the second period. Led by A. Garner and L. Straughan, who each had four points, the Lady Eagles took the lead and held a 16-11 edge going into halftime.

The third period belonged to Red Level as the girls scored 14 points, led by Hunter’s eight points. Pleasant Home’s offense scored four points in the period as they lost their halftime lead and were behind going into the fourth, 25-20.

D. Cordle and A. Bulger would help lead the comeback, as the Lady Eagles scored 12 down the stretch. Red Level was held to only six points in the fourth, leading to the final of 32-31.

Leading scorers for the Lady Eagles were Cordle with 11 points, Garner and Bulger each added six points, while H. Ward added five points.

Cross led the Lady Tigers with 17 points, while Caroll finished with 6 and Crowell added four.