Andalusia council approves to move forward with Rails to Trails 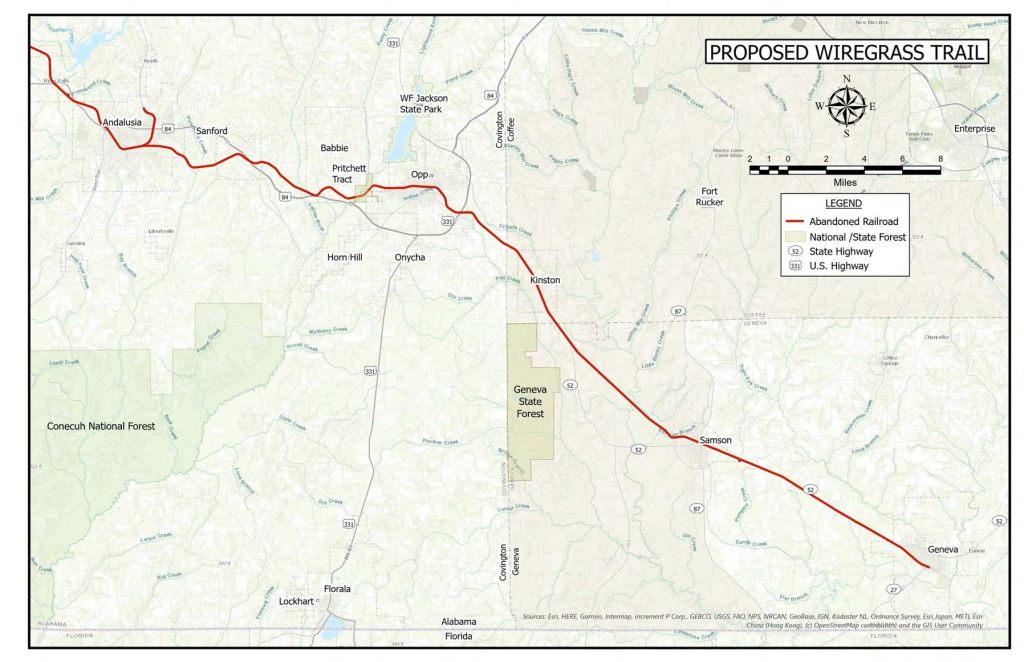 The City of Andalusia will be moving forward with the implementation of a Capital Improvement Cooperative District in support of a rails to trails program.

According to City Clerk John Thompson, the new cooperative district will be similar in nature to the city’s existing entertainment district and that other government bodies with an interest in the trail line may choose to join. The City of Opp has already approved.

The district is being established in part to begin negotiations in purchasing an abandoned rail line from CSX Railroad. “This will provide a way for us to formally contact the railroad and determine if the property can be purchased,” Thompson said.

Establishing the cooperative district is also vital in moving forward toward receiving a $400,000 grant, funds that will be used for the purchase of approximately 16 miles of rail line and for preliminary work to convert it into the multi-purpose Wiregrass Trails Corridor that would ultimately extend from Andalusia to Geneva. The funds are being rewarded through the Federal Highway Administration’s Recreational Trails Program, which is administered by the Alabama Department of Economic and Community Affairs. Thompson said the deadline for the grant is in March.

The proposed trail would ultimately include about 44 miles of rail line in Covington, Coffee and Geneva counties.

The city council voted unanimously Tuesday to establish the district with one council member, Hazel Griffin, absent from the meeting due to a death in the family.

Other items discussed by the council included:

The next regular meeting of the Andalusia City Council is scheduled for Tuesday, Jan. 19, 6 p.m., at city hall.