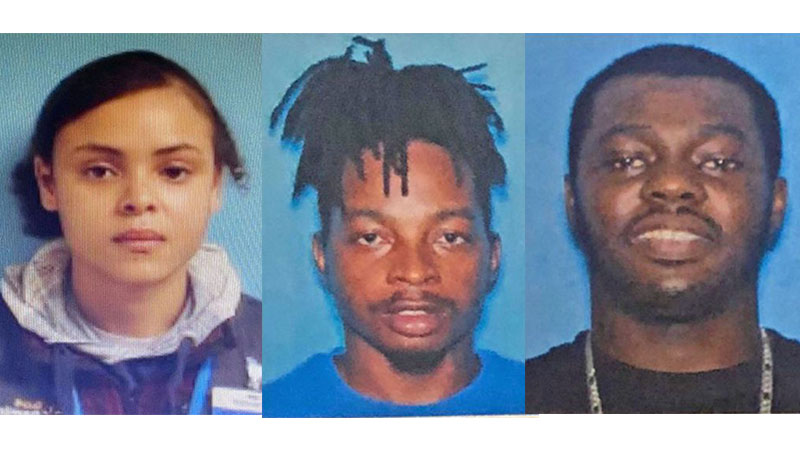 One suspect has been arrested and two others are wanted in connection to a November murder.

Brittany Head, 22, of Andalusia was arrested by the Andalusia Police Department Friday and charged with the Nov. 16 murder of Micah Spencer Coon.

The APD also has arrest warrants for Courtney Lee Porter, 29, and Tyquise Jamal Jenkins, 22, for charges of murder and first degree burglary.

Coon, 26, was found unresponsive from a gunshot wound by Andalusia police upon responding to a shooting at a residence on George Street. Coon was pronounced dead on the scene by Covington County Coroner Norman Hobson.

Head is being held at the Covington County Jail on a $1.15 million bond.

Anyone with information about the incident or the whereabouts of Porter and Jenkins is asked to contact the APD Criminal Investigations Division at 334-222-1155 or 334-215-STOP (7867).