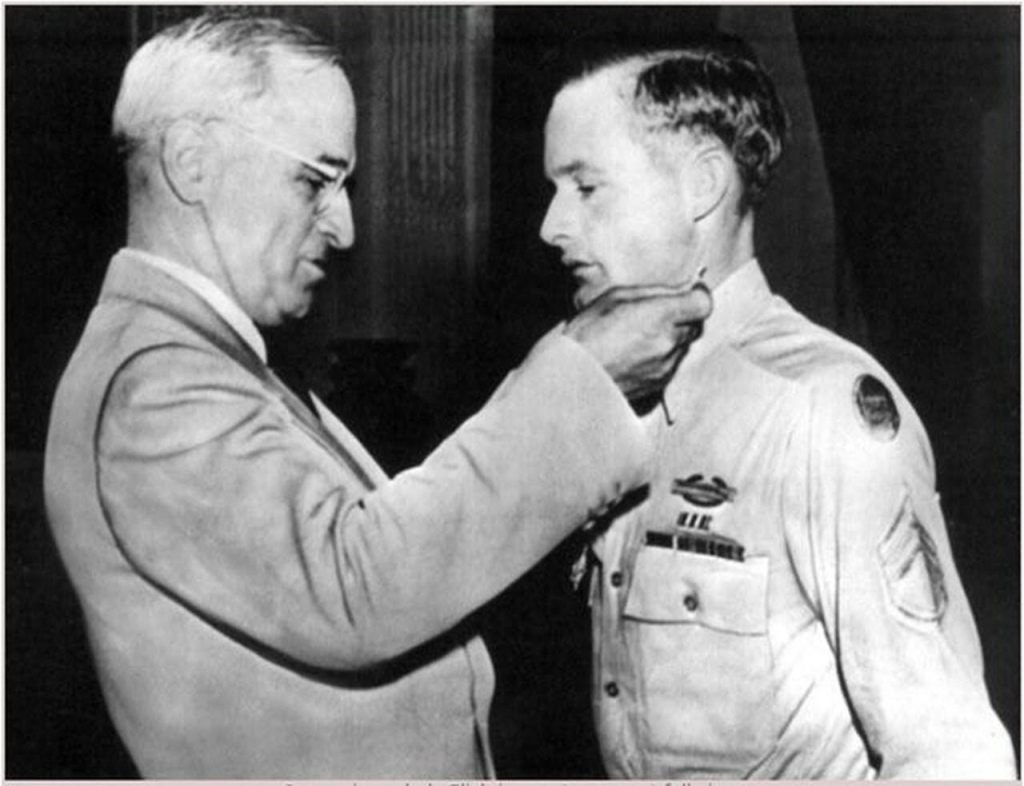 Sergeant Bolden and others who have received our nation’s highest honor, appear superhuman while preforming seemingly impossible deeds. The truth is that these heroes were simply ordinary men doing extraordinary things during the toughest of times.

The early morning quiet of December 16, 1944, was shattered by vicious shelling across a wide front, along the dense Ardennes Forest in Belgium, France and Luxembourg. The Germans had meticulously planned their Ardennes Offensive and the Allies were completely caught off-guard. The Allied armies would eventually halt the attack and push the enemy back to the original lines before continuing their march into Germany. One week after the attack began, Staff Sergeant Paul L. Bolden would find himself in the middle of one of the most vicious fights of that battle. When the Battle of the Bulge was over on January 25, 1945, it had become the bloodiest battle in Europe during WW II.

Paul Luther Bolden was born June 15, 1922 in Hobbs Island, Madison County, Alabama. His parents were Samuel M. Bolden and Rachel Jean Winkles Bolden. Paul joined the Army in October 1942. After completing basic training, he was assigned to India [I] Company, 120th Infantry Regiment, 30th Infantry Division and sent to the battlefront in Europe.

The 30th Infantry Division was called the “Old Hickory” Division in honor of President Andrew Jackson. Many historians consider the 30th the number one infantry division in the European Theater of Operations. They were engaged in intense combat from June 1944 through April 1945. So tough were the men of the 30th that the Germans called them, “Roosevelt’s SS.” The actions of Sergeant Paul Bolden on December 23, 1944 would further enhance the 30th Infantry Division’s reputation as one of America’s toughest

On December 23rd , Paul Bolden’s Company was advancing against the Germans near the town of Petit-Coo, Belgium. They soon found themselves pinned down by an overwhelming barrage of machine-gun and small arms fire coming from a house 200 yards in front of their position. Their situation deteriorated further when German mortar and artillery fire began to rain down on them. Two men, Sgt. Paul Bolden and his friend, Sgt. Russel Snoad, decided that they would go on the offense against the German defenders. Their plan was to get close to the house, utilizing the covering fire from their Company, and throw grenades into it. Snoad took up a position across the street to provide covering fire for Bolden, who would rush the house. Putting their plan into action, Bolden sprinted through the hail of gunfire and took cover beneath a window of the house. He then threw a fragmentation grenade and a white phosphorous grenade through the window. While the Germans were trying to regroup from all the smoke and confusion, Bolden ran to the front of the house, kicked in the door and sprayed the inside with submachinegun fire. There were 35 SS troops in the house and 20 of them were killed by Bolden before he was wounded in the chest, shoulder and stomach and forced to retreat outside. The burst of gunfire from the Germans killed Sgt. Snoad across the street. Even though he was severely wounded, Bolden waited for the remaining Germans to surrender. When it was apparent that they were not giving up, he again charged through the door, firing his submachinegun. He fired until he ran out of ammunition, and killed the remaining 15 Germans. Against incredible odds, Bolden had killed 35 German SS troops and cleared the path for his company to advance.

The bold and decisive actions of Snoad and Bolden demonstrated the bravery and personal initiative that became the hallmark of the American soldier in WW II.

For his gallant and courageous actions, with total disregard for his own life, Sgt. Paul L. Bolden was awarded the Congressional Medal of Honor. President Harry S. Truman presented the award on August 23, 1945 at the White House. Bolden said he would always remember the sacrifice of his friend, Russell Snoad and would wear the medal for all those who never made it out of the Bulge. Sgt. Russell N. Snoad was awarded the Distinguished Service Cross, posthumously for his part in the actions of December 23rd.

Paul Bolden married Violet Lorene Alexander in May 1945 in New Hope, Alabama. They would have four children. Bolden retired from the Army with the rank of Master Sergeant. Besides the Medal of Honor, he was awarded the Belgium Croix de Guerre with Palm, the Silver Star, the Bronze Star with three Oak Leaf Clusters, the Purple Heart with Oak Leaf Clusters and various other medals and campaign ribbons from the war.

After the war, the Boldens lived on a farm near Ardmore, Alabama, about 18 miles north of Huntsville on Alabama Highway 53. Paul worked in procurement packaging at Redstone Arsenal. In 1963, President John F. Kennedy invited him back to the White House for a ceremony honoring all living Medal of Honor winners. Local Huntsville businessmen paid the travel expenses for the Boldens.

Paul L. Bolden died in a Huntsville, Alabama hospital on May 21, 1979 from complications resulting from surgery for a brain tumor. He was only 57 years old. He was buried at Moon Cemetery at Owens Cross Roads, Alabama.

Bolden is honored at the Veterans Memorial Park in downtown Madison and in the Madison County Courthouse Hall of Heroes. The military building at Veterans Memorial Museum in Huntsville bears his name also. On May 18, 2013,the part of Alabama Highway 53 that runs from Research Park Boulevard  in Huntsville, some 18 miles north to just south of Ardmore, Alabama, was designated the Paul Luther Bolden Memorial Highway. 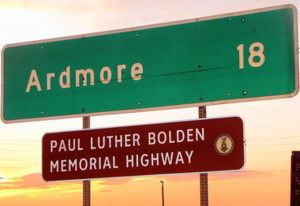