Livingfield More, a boyhood resident of River Falls and patron to the preservation of local history, has passed away at the age of 94.

More was the son of E.L. More who established Horse Shoe Lumber Company on the banks of the Conecuh River. The company would help build two dams that paved the way to bring electric power to the area in the early 1900s. The company also manufactured cross ties used to lay the rail tracks that brought additional growth to Andalusia. 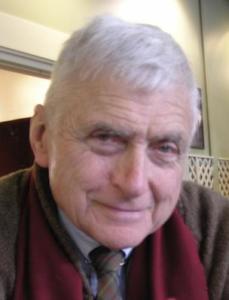 When Livingfield More’s father fell ill, he and his family moved to Nashville, Tennessee. Livingfield was 8 years old at that time. Both his father and mother, Ellen Stokes, were Nashville natives. His great-grandfather, Josiah Nichol, was a former mayor of Nashville and an owner of Belair Mansion.

Over the years, More would return to Covington County and has made several donations and presented important photos and records for local history archives, especially those related to the Horse Shoe Lumber Company.

“We are indeed sad to learn about the death of Mr. Livingfield More who made generous contributions to the society and the Three Notch Museum,” said Sue Wilson, vice-president and treasurer of the Covington Historical Society. “He donated professional photographs and a treasure of stories about the operation of the great Horse Shoe Lumber Company, which operated for over 30 years until the flood of 1929. Mr. More who lived at River Falls as a child visited River Falls and Andalusia on numerous occasions in recent years to reminisce and to make significant contributions to his father’s memory.”

In honor of the More family’s contributions to the early growth of the area, a bridge crossing the Conecuh River is named for E.L. More. An historical marker is located on this site.

“He enjoyed coming back to the Andalusia and River Falls area and would bring his child and grandchildren to visit,” Wyatt said. “He also was proud of the lasting legacy that his father left in Covington County. His father was a timberman with much foresight. First coming to Covington County to build the L&N Railroad from Georgiana to Graceville, Florida, he partnered with other prominent business men in our area to build a large timber operation that included over 50,000 acres of land in Covington County and a large lumber mill based in River Falls (Horse Shoe Lumber). He later became interested in providing electricity to River Falls and the surrounding areas. To this day we continue to enjoy the lakes that were impounded and the electricity provided by Gantt and Point A dams which were built by Mr. More.”

More made his home in Nashville and in 1957 married Agnes Stokes who preceded him in death, passing away in 2011. He is survived by his daughter, Ellen Livingfield More, and two grandchildren, Stokes Dunavan and Nicholas Dunavan.

A private service will be planned and donations may be made in his memory to Holy Cross Church (4119 Murfreesboro Road Franklin TN 37067), the Red Cross (2201 Charlotte Ave Nashville, TN 37203, Attn Leigh Elliot), the Covington County Historical Society (P.O. Box 1582 Andalusia, Alabama 36420) or the charity of your choice.