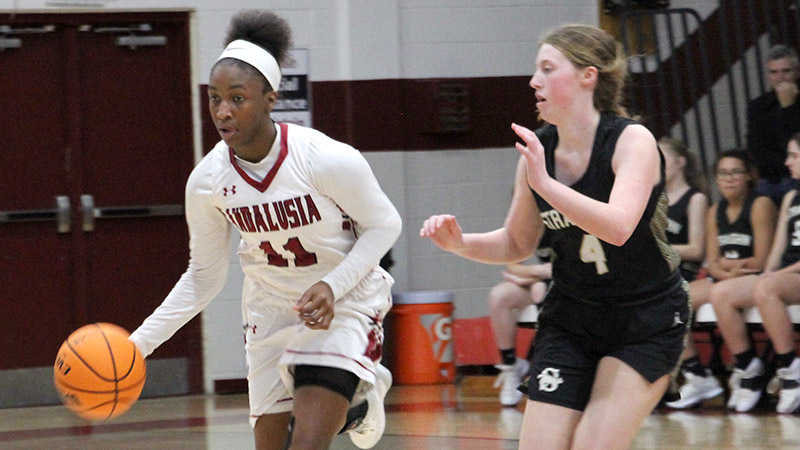 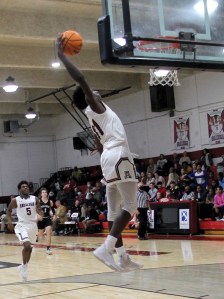 Isaiah Brundidge flies for the hoop against Straughn.

The Straughn Tigers kept the score close, but ultimately the Andalusia Bulldogs pulled away to a 59-46 victory.

Straughn jumped out to an early 14-12 lead after the first period with Abram Guilford and Bryce Coleman leading the way.

The Bulldogs began to find their stride in the second period, outscoring Straughn 19-10 to take a 31-24 lead into the half. Michael Hourel scored seven in the period and Tyler Sigers hit a three-pointer. Mason Turner scored all of Straughn’s points in the period, which included two three-pointers.

Turner continued the hot hand in the third, scoring eight more for the Tigers. But, Andalusia continued to answer and outpaced Straughn to increase their lead going into the fourth, 51-39.

The fourth period turned into a defensive game as Andalusia managed only eight points and Straughn only seven, leading to the 59-46 final.

Leading the way for Andalusia was Hourel with 18 points while Isaiah Brundidge and Omar Latimer each finished with 13. 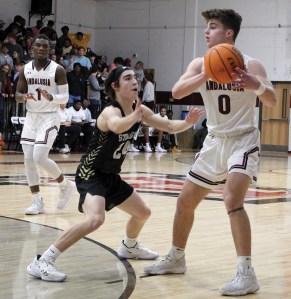 Mason Turner finished the game with 22 points for Straughn with Micah Turner throwing in 12.

The victory improves Andalusia’s overall record to 12-11 while Straughn stands at 3-13 on the season.

The Lady Bulldogs jumped out to an early lead against Straughn and were consistent throughout, earning a 39-31 victory.

Eryanna Sheridan led the way in the first period, scoring six points for Andalusia. Cape Merrell and Jackia Woods eached chipped in a basket for the Bulldogs. Kelsey Kelley led the way early for the Lady Tigers with three points in the first period while Allie Kelley scored a bucket, leading to a 10-5 Andalusia advantage after one period.

A. Kelley came away with six more points in the second period, but Andalusia managed another 10-point period with Sheridan and Anderson each scoring four points. Jahdiya Lowery added two points as the Lady Bulldogs held a 20-12 lead at the half.

Ora Hall made things interesting for Staughn, hitting two three-pointers in the fourth period. But, Lowery helped secure the victory for Andalusia, scoring eight points down the stretch.

Offensive leaders for Straughn were A. Kelley with 9 points while K. Kelley and Hall each added six points for the Lady Tigers.

With the win, the Lady Tigers overall record stands at 11-9 while Straughn slipped to 14-6.