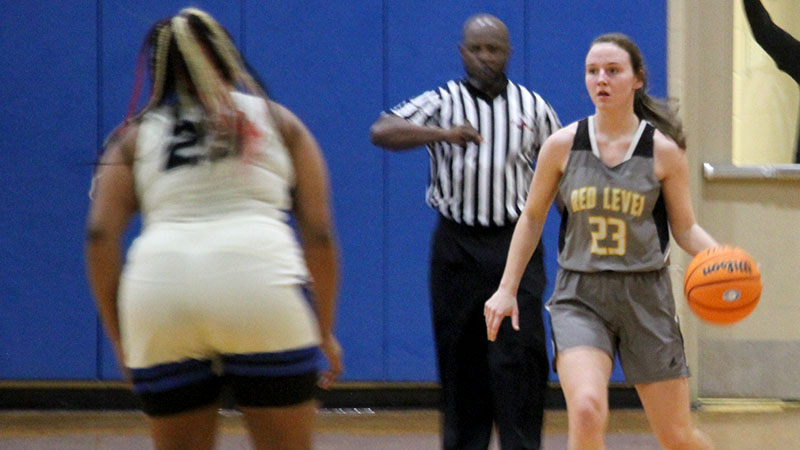 The Red Level Lady Tigers could not keep pace with Georgiana in the 1A Region 3 area championship, 53-36.

The Tigers trailed throughout the game, but remained within striking distance until the third period when they were outscored 19-6, paving the way for Georgiana’s victory.

Kaitlyn Beverly’s four points in the first period helped Red Level keep pace, but Georgiana jumped out to an 11-8 lead.

In the second, Georgiana’s Tenasia Gordon caught firing accounting for 14 of the team’s 17 points. Red Level’s Maggie Wilkerson hit a three and had a total of seven points in the period. It wasn’t enough to keep up with the Lady Panthers as the halftime score stood at 28-21.

After the half, Georgiana turned up their defense and held Red Level to only six points while putting up 19 of their own to take a comfortable lead going into the final period, 47-27.

The Lady Tigers managed to outscore Georgiana in the final period, 9-6, with the help of a three-pointer by Elizabeth Cross and four points by Ruby Carroll.

As the runner-up in the area tournament, the Lady Tigers will advance to the sub-region tournament with that schedule to be announced.