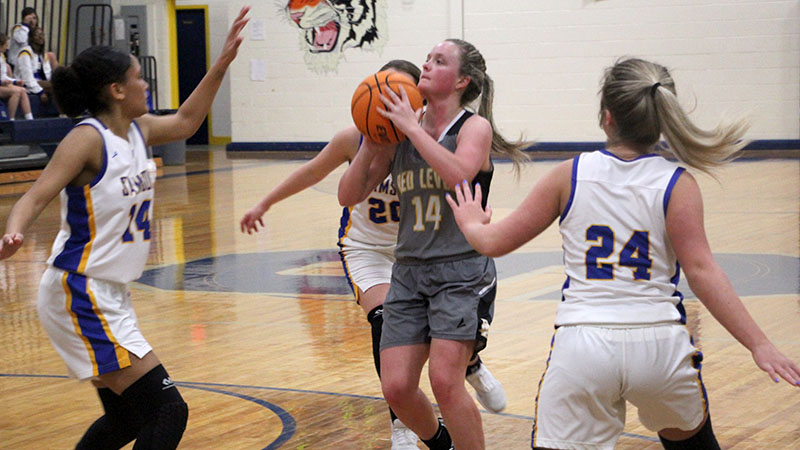 The Red Level Lady Tigers took an early lead, but were not able to hold it as they fell to Samson, 51-34, in the first round of the 1A sub-region tournament.

Maggie Wilkerson and Ruby Carroll led the way for the Lady Tiger offense early on, each scoring four points in the first period. Additional baskets by Mariah Crowell and Elizabeth Cross led to a 12-8 edge going into the second period.

Samson began to find their groove in the second and outscored Red Level, 11-5, as they went on to a 19-17 halftime lead.

The Samson defense continued to tighten as they held Red Level to only three points in the third period. On offense, Samson went on a roll, scoring 16 in the period that included three three-pointers by Brantley Edberg. By the end of the period, Samson had jumped out to a big lead, 35-20.

Cross came back in the fourth with seven points and Wilkerson hit on three-pointer, but were still outscored by Samson 16-14 leading to the 51-34 final.

The loss ends the Lady Tigers’ season with an overall record of 13-8.

With the win, Samson moves on to play Winterboro in the second round of the sub-regional tournament.