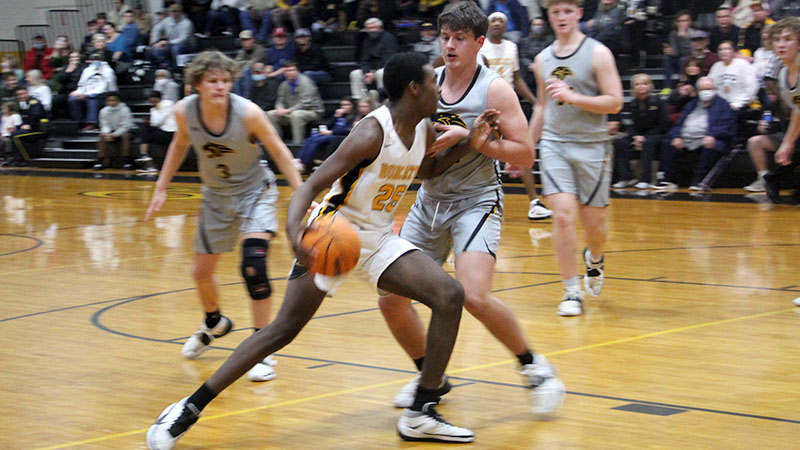 Jaydon Lacey drives in against the Wicksburg defense during Tuesday’s sub-region contest. Photo by Samuel Blankenship

After two overtime periods, the Opp Bobcats saw their basketball season come to an end against Wicksburg in a thrilling 3A Sub-Region contest, 73-71.

The Bobcats were keeping pace with Wicksburg early, but were behind at the end of both the first and second periods, trailing 32-28 at the half. That changed in the third period when Opp’s defense held Wicksburg to only eight points while the Bobcat offense, led by Erik Matthews’ 12 points, doubled that to take a 44-40 lead into the final period.

Matthews continued to power the Opp offense, scoring all of the team’s 12 points in the fourth period. But, Wicksburg made up the margin by scoring 18 to tie the game at 58-58 to send the game into overtime.

In the second overtime, Wicksburg proved proficient at the foul line, hitting on all six of their tries which was enough to lift the Panthers over Opp, 73-71.

Matthews led the Bobcat offense with 35 points, Drew Chance scored 11, including three three-pointers, while Hill and Lacey each finished with 9 points.

The loss ends Opp’s season with an overall record of 18-2.