Watson to retire as Andalusia superintendent

After 35 years in education, Andalusia City Schools Superintendent Ted Watson announced this week he will be retiring. 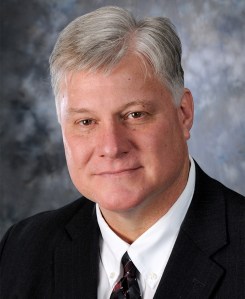 Watson has been a member of the local school system for 31 years, beginning as a coach and history teacher at Andalusia Middle School. He went on to serve terms as assistant principal at the high school, middle school and the elementary school. He also served for three years as an interim principal at the East Three Notch Elementary School. He has served as superintendent the past 11 years.

“They say when it comes to retirement you know when the time is right, and that is true for me,” Watson said. “I have 35 years in and I’ve been thinking about it for some time. I have a bucket list of things I want to do and figure if I’m going to make a stab at it I need to get started.”

Watson said he is proud to have spent so many years as an educator in the City of Andalusia.

“The kids who were in kindergarten when I started have grown up, graduated from college and are now back as community leaders. It’s time to pass the torch to them. I told our teachers and staff that I feel like one of the most fortunate people in the world to be a part of the Andalusia schools’ family. I thank all of the teachers and staff for giving me the opportunity of a lifetime.”

Watson informed the board of his decision to retire at a board meeting Tuesday. His retirement becomes official at the end of August.

“As soon as the decision was made, I wanted to let the board know so that we can have a smooth transition. I wish them luck in their search and I know they will do a good job in finding the next superintendent,” Watson said.

Watson has a lot of plans for retirement, but those plans do not include a change of scenery.

“Andalusia is home. This is where we’ll be. I have a lot of interests and things I want to learn. Whatever I do, I’ll be doing it here in Andalusia,” he said.