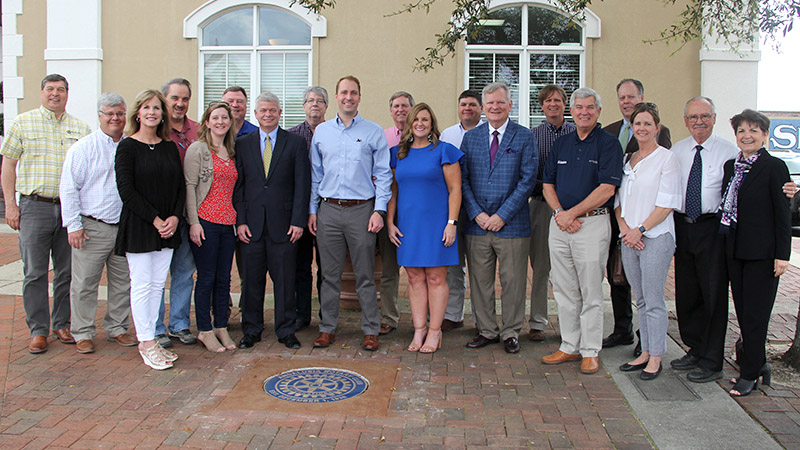 The Rotary Club of Andalusia celebrated its 100th year in 2020 and to commemorate its centennial a marker was placed on the downtown square in front of the building where the club got its start. 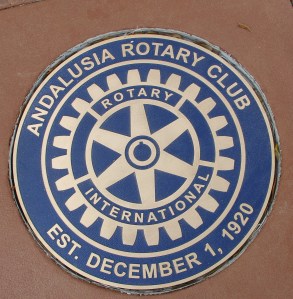 The cast bronze marker featuring Rotary’s “cog and wheel” emblem is placed along the sidewalk in front of what is commonly referred to as the Murphy Building. The founders of Andalusia’s Rotary Club first met over 100 years ago in the offices of the Andalusia Real Estate Company inside the Murphy Building.

The marker was placed in cooperation with the City of Andalusia and features the Rotary emblem. The first emblem of Rotary was that of a wagon wheel. The cog and wheel has been the official emblem of Rotary since 1929.

“It is our hope that this marker will forever memorialize the vision of the founders of our club and honor all Rotarians worldwide for their dedication to the service of others,” said Rotarian Ben Bowden.