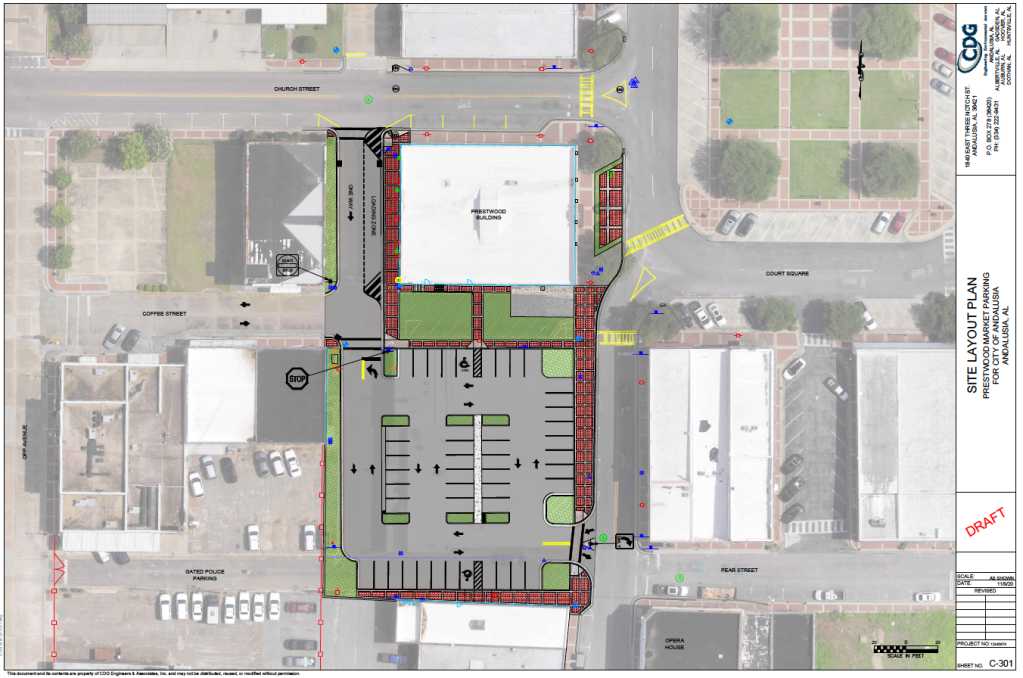 A new parking lot to service the downtown area will be moving forward after the Andalusia City Council approved funding during a meeting Tuesday.

As part of the downtown revitalization plan, the parking lot is adjacent to South Three Notch Street and will sit at the former location of the Brooks Hardware Building, which was taken down last year.

“This is part of our overall project of rebuilding our downtown area and will work in support of renovations to the Presswood Building and the Opera House, as well as other new businesses in that area,” Johnson said.

The low bid of $331,000 for the project was made by Bullard Excavating.

Other items discussed by the council included the following:

• Approving the purchase of five video camera systems for police department vehicles. Three of the systems will be used to outfit recently-purchased patrol cars while two others will replace older systems already in place. The low bid of $10,024 was approved.

• The city will purchase a property on Church Street as part of ongoing renovation efforts in that area. The property is considered a final piece of a private-public partnership of what has become known as the city’s “garden home district.” The property was purchased for $45,000.

The next city council meeting is scheduled for Tuesday, April 6, 6 p.m., at city hall. A work session is held at 5:30 in the basement conference room of city hall. The public is invited to attend.