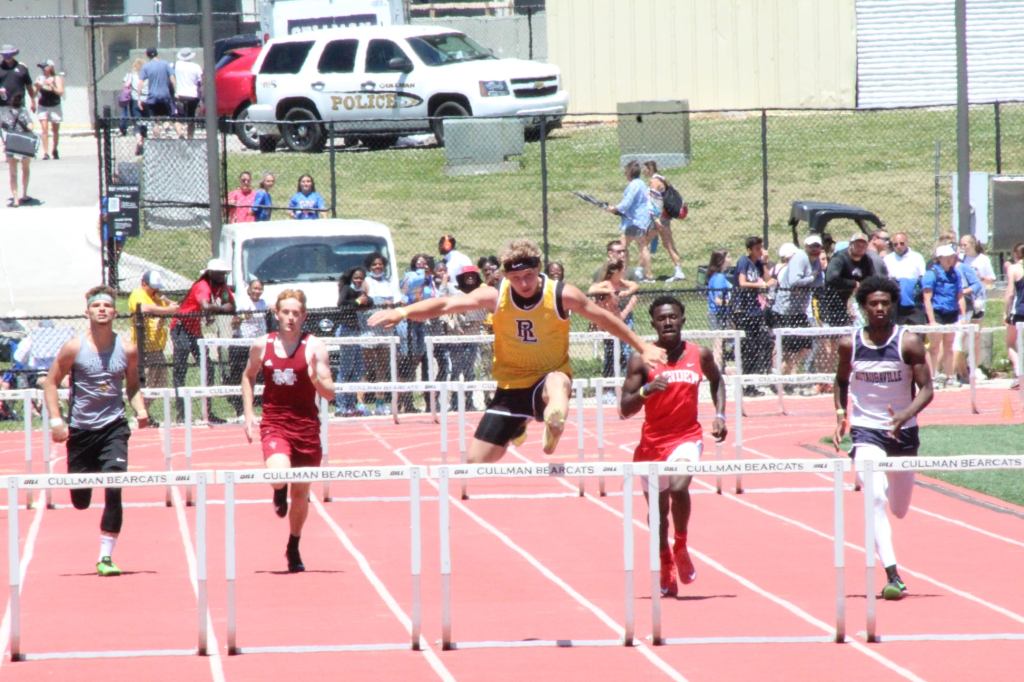 Red Level High School senior Brody Ingram has wanted to win a State Championship since the seventh grade and over the weekend he did just that in the 300 Meter Hurdles.

When Ingram was one year old, it was not known if he would make it to this moment, Ingram’s grandfather and coach Tony Ingram said.

“When Brody was one year old, he was taken to UAB to get his appendix out and they inadvertently flipped his intestines,” T. Ingram said. “The next Sunday, his mom tried to put him down and he wouldn’t go down. Dr. Bang sent him back up to UAB. That was in July of 2004. He had five surgeries and we spent four months at the Children’s Hospital staying in hotels. They told us more than once that he wasn’t going to make it. He basically had to learn to walk again. God’s got a way of working those things out.”

T. Ingram said he has to use a different dynamic when coaching his grandson.

“I coached my son in football and baseball and that’s a little different because he was my son,” T. Ingram said. “I didn’t take it easy on him, but I tried not to be in grandparent mode when I was coaching. I mean, you’re ‘grand’ for a reason. Milestones when they get older just mean more. This was his senior year and knowing how close he had been, I just knew anything could happen.”

Once Ingram passed the finish line, he said he couldn’t even think straight.

“I don’t think it has even sunk in yet,” Ingram said. “I couldn’t hold it together.”

T. Ingram was waiting at the finish line to congratulate his grandson on winning the State Championship but was trying to fight back emotions.

“I don’t show emotions,” T. Ingram said. “My wife says I am stone cold. I was just at the finish line trying to hold it together.”

“The fact that I got to represent Red Level in a positive manner made me so happy,” Ingram said.

After graduation, Ingram said he is going to go to MacArthur Community College and help his father on the farm.

He is the son of Tyler Ingram and Lindsey Hood.