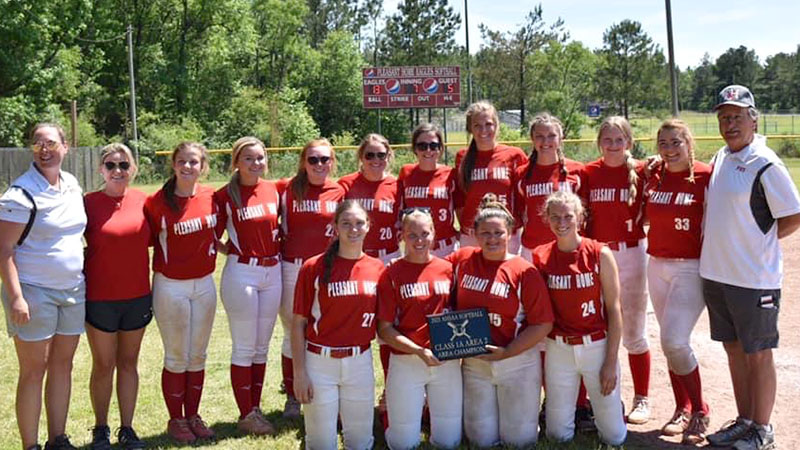 The Pleasant Home Lady Eagles with their area tournament trophy.

The Pleasant Home Lady Eagles soared to the Class 1A, Area 2 championship winning all three of their games in the softball area tournament. 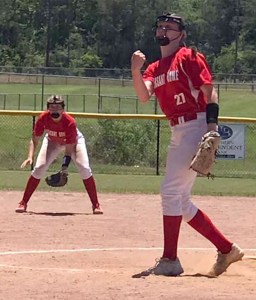 Ava Bailey on the mound for the Lady Eagles.

The team began its sweep through the tourney with a 16-1 victory over Florala and then went on to score back-to-back victories over Kinston, which included Saturday’s championship game. The first contest against Kinston took place on Thursday and was close as the Lady Eagles edged out a 3-1 victory. The two teams faced off again on Saturday with Pleasant Home leaving nothing to chance, outscoring Kinston 13-5 in the area championship game.

The victory allowed the Lady Eagles to move on to the regional tournament in Gulf Shores where they are set to take on Millry in the first contest.

“The softball team has been playing very well lately. We believe they could have a good showing at the regionals and earn their spot in the state tournament,” said PHHS Athletic Director Marc Tracy.