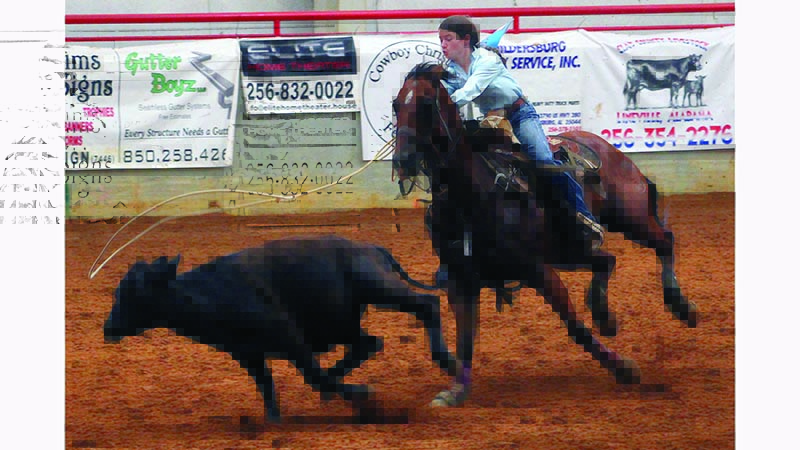 Hattie Faulk takes aim during the breakaway roping event Wednesday morning during the qualifying round of the Alabama Junior Rodeo Association’s Finals held at the Covington Arena.

The best in cowboying is on display in Andalusia as young wranglers from across the area are competing in the Alabama Junior Rodeo Association’s Finals.

The event kicked off Thursday morning with qualifying rounds in breakaway roping and calf roping. The competition continues at the Covington Arena on Friday and Saturday. The event concludes with an awards ceremony Saturday at 5 p.m. Spectators are welcome to attend at no charge. 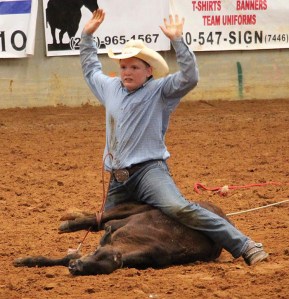 Cody Gardner finishes tying a calf during Wednesday’s qualifying round.

There also was Queen and Princess competitions held Wednesday.

Those competing for state champion titles have traveled from across the state as well as the Florida Panhandle. To qualify, the competitors must have competed in at least 50 percent of the AJRA rodeos held through the year. This year’s rodeos were held in Milton, Florida; Baker, Florida; Luverne, Alabama; Jemison, Alabama; Wilsonville, Alabama; and Marianna, Florida.

The championship has been held at the Covington Arena for the past several years. AJRA officers, directors, parents, and the community work together to make it a success.