The Andalusia Board of Education on Friday named Ray Wilson the new principal at Andalusia High School.

Wilson will be in familiar territory as principal as he is an AHS graduate and has served as the school’s assistant principal for the past three years. 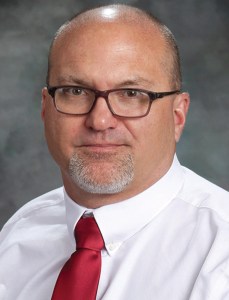 The principal position opened with Dr. Daniel Shakespeare was named superintendent of the school system in April. He said tapping the assistant principal for the leadership role at AHS would help with continuity.

“(Wilson) is a hard worker and a great person. I believe he is the perfect fit to continue moving us forward at Andalusia High School. He will do a great job as principal,” Shakespeare said.

Wilson is very familiar with Andalusia. In addition to his years as assistant principal, he is also a 1988 AHS graduate. After graduating, he attended LBW Community College and then earned his degree in Comprehensive Science/Secondary Education at Troy University.

His first teaching job came at Georgiana where he taught and coached followed by a 10-year stint at Opp High School. While there, he earned his master’s degree in Educational Leadership from Troy-Dothan.

“It’s a true privilege to be the principal at my alma mater. Andalusia High School has a long tradition of excellence in academics and extracurricular and I look forward to continuing those traditions. Dr. Shakespeare leaves big shoes to fill, but I’m anxious to meet that challenge,” Wilson said.

He said the top priority includes filling several more positions for the upcoming school year and making sure teachers have what they need to begin the school year.

“We have an outstanding group of teachers and I look forward to building those relationships and providing them with the resources they need to educate the children of our community. It is a true privilege to serve our teachers and our students,” he said.

The board also handled a few other matters during the meeting, including the following items.

• The board adopted the state mathematics textbook curriculum.

The board also approved the following personnel matters:

The board also named John Dugger the athletic director at AHS.